Subscribe
Home > Agriculture and Environment > Eating Away at the Climate Crisis

It’s not news that food choices are a critical factor in curbing the unfolding climate crisis we face. We know that both the energy sector and agricultural sector need radical reform now if we are to avert the worst of climate’s wrath. This week, The Guardian reported on a leaked document from The Intergovernmental Panel on Climate Change (IPCC) which states that it will be impossible to keep global temperatures at safe levels unless there is also a transformation in the way the world produces food and manages land. It is the first IPCC report in which a majority of the authors are from developing countries, and the leak triggered a set of meetings to discuss it.

The new IPCC report emphasizes that land will have to be managed more sustainably so that it releases much less carbon than at present. Peatlands will need to be restored by halting drainage schemes; meat consumption will have to be cut to reduce methane production; while food waste will have to be reduced.

Among the measures put forward by the report is the proposal of a major shift towards vegetarian and vegan diets. “The consumption of healthy and sustainable diets, such as those based on coarse grains, pulses and vegetables, and nuts and seeds … presents major opportunities for reducing greenhouse gas emissions,” the report states.

While this report focuses mostly on land use as a means to mitigate the climate crisis, animal agriculture is also the single greatest human-caused source of greenhouse gases, deforestation and freshwater pollution. It is also a major contributor to air pollution, habitat loss, and species extinction, and a highly-inefficient use of limited natural resources. The United Nations has called for a global shift to a vegan diet wherever possible as the most effective way to combat climate change, world hunger, and ecological devastation. 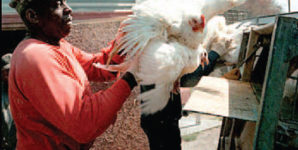 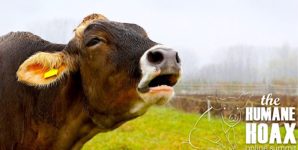 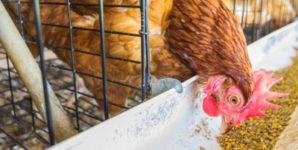