We recently introduced you to Rayann, the new Wagner Farm milking cow, in an earlier post. Since then Debby Rubenstein has been keeping an eye on her and reporting back to us on what her daily life is like there. As you could quickly deduce from this photo, she’s pretty depressed. It’s now 11 days that she has been confined to a tiny stall with a muddy floor that is prone to flooding and a window overlooking the other cows grazing on pasture with whom she has been denied interaction.

Why is she being confined? Apparently, it’s easier for Wagner Farm staff to take her to and from the milking machine every day. And here she languishes (often found lying rather than standing) for hours on end with hugely-swollen udders, waiting for staff to milk her.

Aside from being confined, Rubenstein reports that her water supply appears to be lacking for a lactating female cow (at least from what she has seen), and the stall where she is forced to lie in has left her udders at times covered in mud and feces.

Now some might say that it gets a lot worse for cows than this. And indeed it does. But the unavoidable irony in Rayann’s situation is that tax-payer funded Wagner Farm (which belongs to the Glenview Park District) promotes itself as a model for animal care. The 4H Club which is also involved in the care of these animals claims to teach children to respect and care for animals to these same standards. And Wagner Farm generally enjoys a lot favorable press coverage from journalists who aren’t seeing the full picture.
Instead, these journalist extract their information from the Wagner Farm press releases while Rubenstein actually hauls herself down to the Farm every morning to see, first-hand, what’s really going on at Wagner Farm.

Get Our Newsletter
Posted In: Animal Cruelty Investigation
Tagged With: Dairy, Wagner Farm 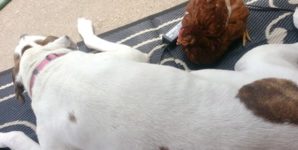 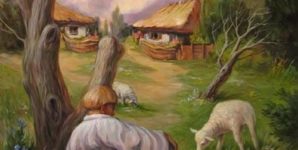 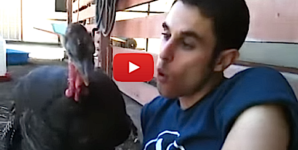