“In April of 2009, we purchased 32 acres and decided to get into breeding and selling meat sheep to help pay the mortgage and to provide income after we retire… I am horrified to tell you my motto about our sheep breeding business. I would tell everyone, “They have a really great life, up until they no longer have one.” It makes me cringe now to type that. I wholeheartedly believed in the “humane slaughter” myth. And even worse, even though I soon learned that sheep all have individual personalities, are SMART, and definitely form bonds with one another, show joy, fear, friendship–every human emotion–I still did not make the connection. I have always been an animal lover, rescuing dogs, cats, horses–but I still did not make the connection that farm animals are no different in their desire and right to live.

I’m married and have two adult sons. My husband, my younger son Derek, and I were all on the Primal Diet (similar to Paleo), so we were eating more meat than anything else. I always tried to buy organic, grass fed, and it was hard to find in our area and very expensive. So Derek got the idea that we should raise pigs, turkeys and chickens for meat (we already had hens for eggs). He was also an animal lover, so he said that in order to make sure that the animals were not mistreated during slaughter, and in order not to cause them stress hauling them from our place to the butcher, he would learn how to slaughter them himself. He felt that if he could do it very calmly and not be rough with the animals, they would not be afraid because they would know him–and that would make it okay. He told me he was going to watch YouTube videos on slaughter and then would find a local butcher to show him first-hand what to do.

I remember so clearly the day I came home from work and Derek said to me, “Mom, I’ve decided to become a vegan.” He is very athletic, and the only reason I could think of to become vegan was he thought it was healthier. So I asked him, “For your health?” And he told me, no, but that he had watched a video of pigs being “humanely” slaughtered by a person they knew, who was handling them gently and calmly, and the pigs were still panicking, trying to get away, and the other pigs in the pen knew what was going on and were screaming and trying to escape. And then he very simply said, “Mom, they don’t want to die.”

I was haunted by what he said—that the animals don’t want to die. So I decided to give up meat. For about 3 months, I still drank cream in my morning coffee, ate cheese pizza, and didn’t read labels to see if they contained eggs or dairy. But then one day, I saw a post on Facebook about dairy calves being taken away from their mothers, and it suddenly clicked and I became fully vegan.”

Get Our Newsletter
Posted In: Animal Farmer Turned Vegan
Tagged With: sheep, U.S. 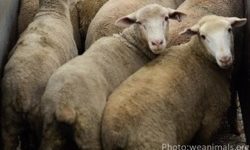 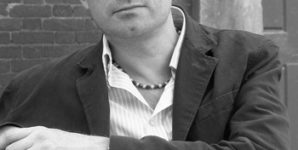 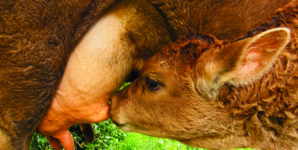