A small Minnesota dairy farm, Orange Patch Dairy, responds to the question from a concerned vegan: Why do you take the calves from their mothers? Following are key passages from Orange Patch Dairy in quotes followed by my responses.

Farmer: “I had a comment on one of my earlier posts where a concerned vegan had an issue with dairy farmers removing calves from their mothers. I thought about this practice and how misunderstood it actually is.”

The farmer goes on to describe the birthing of a new calf.

Farmer: “Ruthie [a new baby calf] was placed in a freshly bedding stall, where she could be clean and free of pathogens. Just like babies born at a hospital and placed in a nursery.”

The obvious difference here is that the calf will never be returned to her mother, of course, completely unlike what happens to human mothers and their newborns in a nursery setting. The farmer conveniently omitted that little bit of information.

Farmer: “Ruth Anne [the mother] gets time to focus on taking care of herself, instead of worrying about her calf.”

That’s ridiculous. Mammalian mothers have a natural desire to nurse and care for their young just out of the womb and into their maturity as adults. Mother cows have been known to bellow for days and weeks on end after their calves have been taken from them.

Farmer: “Calves struggle to find their mother’s milk and may not get the right amount, right quality or a timely feeding.”

Hmmm. What did these animals do before humans could “help” them nurse their babies? The fact is animals such as these cows have been nursing and raising their young just fine eons before we ever existed. They don’t need us to teach them how to raise their young.

Let’s be clear. Infectious diseases are the result of commercial milk production. The problem is not the pathogens. It’s the domestication and confinement of the animals who are forced to produce milk for human consumption. By forcing them to do what does not come natural to them, they are more stressed and therefore more susceptible to infections and disease.

Farmer: “Other possible issues with leaving the calf with the cow are abandonment and injury. Sometimes there are mothers that are not good mothers. It doesn’t come naturally.”

Oh that’s interesting. So being a good mother cow does not come naturally? You forgot to mention that artificial insemination and yearly birthing does not come naturally to these animals either. What would be truly “natural” would be not to be using them at all and letting them live lives according to their own interests, not ours.

Farmer: “Once they deliver a calf, they may walk away, never lick off the calf and move to the feed bunk. The calf would be left to die, cold and wet.”

If you really wanted to help them bond, there are many ways to do so. But you don’t want them to bond. You instead want to break that bond because you want the mother’s milk — the milk that was intended by nature for her calf. One million male calves are disposed of by US dairy farmers each year because they have no value to dairy farmers. It’s ironic that you should blame the mothers, essentially blame the victims, for being “bad mothers” when in fact it is us who are exploiting them.

Farmer: “Sometimes cows, especially other cows, can hit or push around the newborn calf. They can even step on the calf.”

Really! Herbivores are the most gentle of all animals. The only time a cow becomes violent is when you are trying to take her babies away from her. And that’s precisely why we domesticate these animals and not hyenas, for example. They are least resistant to us.

Farmer: “Farmers care for their calves and fresh cows. Calves are the future of our herds-we want them to have an excellent start in life.”

There is no future for the male calves that won’t produce milk for you. They will be either killed for veal or left to die. The only future your female cows have is the extent to which they produce milk for you. And that will end at a fraction of their natural lifespan at which time you will simply send them off to slaughter. You forgot to mention that.

Farmer: “Removing calves from cows is not cruel, its actually in the best interest of both animals, both receive the best care possible. Because our cows always come first!”

How can it possibly be in the interest of any animal who carries her babies for nine months to then be separated from them? It goes against everything we understand about mammalian motherhood.

It sounds like all of the reasons you’ve made here for separating the mothers from their babies, Orange Patch Dairy, are really just feeble attempts to rationalize doing what you want to do with them which is making money on their milk. And you can’t make money on them without breaking up their families.

Get Our Newsletter
Posted In: Animal Products and Culture
Tagged With: Dairy 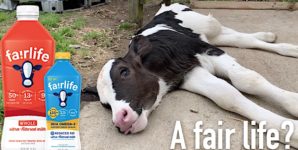 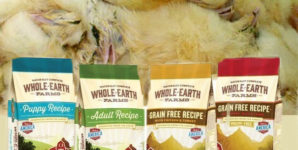 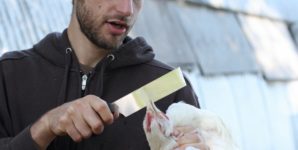