Putting aside the questionable scientific value of the study itself, it’s worthwhile to look at where the study came from — and the author’s response to being questioned about his dairy industry ties.

As reported by Beth Mole for Ars, the study’s lead author, Jonathon Maguire, has a long history of both receiving money from the dairy industry and of publishing studies with unsubstantiated conclusions that are favourable to the dairy industry.

For example, in 2014, Maguire published research suggesting cow’s milk is essential for obtaining vitamin D. The problem? Vitamin D isn’t even naturally found in milk — it’s artificially added by milk processors. The best source of vitamin D is a good ol dose of sunshine; failing that, we all get vitamin D from the same place: supplements. There’s no need to obtain those supplements via cow’s milk.

This time, Maguire suggested that cow’s milk is required for optimal human growth. Why? Because cow’s milk contains protein and fat, which are apparently not available from literally thousands of other dietary sources.

When Maguire was directly asked about whether children’s nutritional needs could be met without cow’s milk — which should be a rhetorical question because the answer is so obviously yes — he said he didn’t know: “we don’t have enough data to answer that.”

Let’s start with common sense: according to the U.S. National Institute of Health, most humans — and up to 90 percent of some ethnicities — cannot even digest lactose. This isn’t because most of us are somehow broken. It’s because human babies are not baby cows, and because human adults are not babies at all.

According to the American and Canadian Dietetic Associations — the experts in nutrition — not only is cow’s milk not an essential part of the human diet, but “A healthy vegan diet has many health benefits including lower rates of obesity, heart disease, high blood pressure, high blood cholesterol, type 2 diabetes and certain types of cancer.”

Dr. Walter Willett is chairman of Harvard’s Department of Nutrition, Professor of Medicine at Harvard Medical School, and the world’s most cited nutritionist — he knows a thing or two about nutrition. He has researched dairy extensively, finding multiple health issues and calling into question dairy’s prominence in our dietary guidelines. Willett recently wrote in the journal Pediatrics: “Humans have no nutritional requirement for animal milk, an evolutionarily recent addition to the diet.”

Cow’s milk is literally breastmilk for baby cows, intended to turn a 50 pound baby into a 1,000 pound animal. It contains insulin-like growth factor (IGF-1), a mammalian hormone, the consumption of which has been linked to cancer — which is, after all, a form of prolific growth. I could probably feed my children steroids for growth, but obviously that would be a terrible idea.

In the absence of malnutrition, bigger is not better. In fact, larger height is associated with reduced longevity. The goal isn’t to grow as big as possible, but to eat a healthy diet and obtain one’s own optimal height and health.

When Ars asked Maguire about funding from the dairy industry, he claimed to have only received a small grant of about $10,000 about ten years ago. But this isn’t true. In fact, in recent years, he’s received $90,000 from the Dairy Farmers of Canada and an undisclosed amount from the Dairy Farmers of Ontario, among other documented financial ties. This matters: financial sponsorship is well-documented to influence study outcomes.

Maguire also denied being involved with any dairy industry advisory committees. However, in 2016 he sat on the Dairy Farmers of Canada Expert Scientific Advisory Committee. When asked for an explanation for this apparent lie, he only stated that he’s no longer a member.

Even the study currently in the news was a project of TARGet Kids, which lists as funders — surprise, surprise — Dairy Farmers of Ontario and the Danone Institute, the latter of which exists for the purposes of finding health benefits of dairy, kind of like how the tobacco industry funds research to find health benefits of smoking.

With large data sets, relationships will be found between data points, but that doesn’t mean they have real-world significance. That’s why it’s important to consider trends and wider bodies of evidence. For example, smoking may lessen the risk of Parkinson’s disease — but nobody can seriously recommend taking up smoking for its health benefits.

Dairy is not an essential part of the human diet. Humans can and do thrive on dairy-free diets all over the world. Farming cows — including for dairy — has serious environmental consequences, accounting for a significant chunk of greenhouse gas emissions. And of course, dairy is heartbreaking for animals, forcing mother cows to repeatedly endure the loss of their babies so their milk can instead be diverted to humans.

Dairy Farmers of Canada is currently under investigation for a series of dairy ads disguised as public health campaigns. The new research seems like the latest in a sophisticated attempt to use the almighty dollar to generate false health narratives and obscure public discourse about the very real negative consequences of farming cows for their milk.

If you’re concerned about Big Dairy colonizing science, contact St. Michael’s Hospital (which employs the study author) and the American Journal of Clinical Nutrition (which published the study) with your thoughts.

To learn more about the cruelty inherent in all dairy, watch Dairy is Scary and Family Dairy. 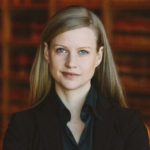 Anna Pippus is an Animal Rights Lawyer and the Director of Farmed Animal Advocacy at Animal Justice. Anna specializes in issues related to farmed animal law, policy, and advocacy, holding degrees in law from the University of Toronto and psychology from the University of British Columbia. Her efforts have contributed to groundbreaking animal cruelty charges and raids, policy reform, and individual behaviour changes that benefit animals. She frequently speaks and writes about farmed animal and animal rights law issues. Anna is a mother of two. 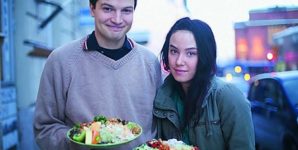 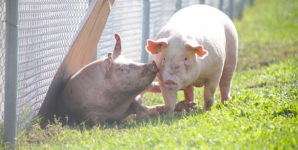 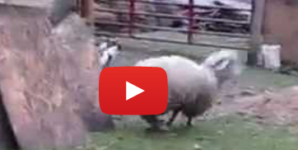