Subscribe
Home > Animal Products and Culture > Why Are We Still Talking about Factory Farming?

As I was preparing to speak on a panel on the subject of so-called “factory farming,” I felt compelled to question what this powerful slogan even means. My first thought is that it serves to make some kind of important distinction between large scale farming and some kind of viable, ethical or sustainable alternative.  And I feel compelled to question the very premise of this slogan and ask the audience to think more deeply it. So here are some thought experiments I came up with for the audience.

If I were to describe an egg hatchery that could hatch thousands of chicks a day, most of us would we call this a factory farm? Yes? We’d have to go back 3,000 years in history to ancient Egypt to find this example.

If I were to describe a method of breeding that involved weeding out and mercilessly killing off thousands upon thousands of weak, deformed, injured and diseased animals and only breeding the strongest individuals, or those with certain traits that farmers find desirable for greatest productivity, would we call this a practice that defines factory farming? And yet this practice has been going on for hundreds of years, long before modern farming.

If I were to describe chickens who lay their entire body weight in eggs every 24 to 30 days during their egg laying prime or dairy cows that have been engineered to produce far more milk than what nature intended to feed a single calf, would we call this a practice that defines factory farming?

If I were to describe the mass disruption of ecosystems through the mass slaughter of wildlife, at times to the point of extinction of certain species, wildlife who present either a nuisance or a threat to raising domestic animals, would we not consider this an example of factory farming? And yet it is a practice that goes back thousands of years.

If I were to describe gruesome mutilations to newborn animals that cause intense physical and psychological pain and scarring, to render these animals more submissive and subservient, most of us would associate this with a factory farm.

If I were to describe an adorable baby goat hopping around on a field with joy with some of his other friends, whose lives were drastically cut short because their owners regarded their bodies as worth nothing more than currency for trading goods and services, is this not the mindset of factory farming? And yet it is as old as herding culture itself.

In my book Farm to Fable, I argue that the domestication and commodification of other species, a practice which is older than written language and civilization itself, formed the ideological basis of what we now call factory farming. The industrial revolution brought the economic system in which factory farming could spread like a cancer.

In Farm to Fable I write, “What we call domestication is nothing short of the wholesale capture, confinement, breeding, and commodification of once wild and free animals which began some ten thousand years ago. In his book An Unnatural Order, Jim Mason explains that the ‘control and manipulation of animals — their numbers, sizes, and shapes — became almost an obsession in herding cultures. In time, control came to be valued in and of itself. It was the way of the Good Shepherd, a patriarchal model for the guilt-free exploitation of animals and natural processes.'”

In another part of my book, I argue, “that all commercial farming qualifies as factory farming when we consider the very ancient model of exploiting animals as mere resources, with total control over their reproduction, the stealing and trafficking of their offspring, standard bodily mutilations, destruction of their families and natural social order, biological manipulation of their bodies, selective breeding, and ultimately the systematic violence of taking their infant- and adolescent-age lives. All of the above are necessary in any kind of farming to render their flesh and secretions into products of consumption.”

I see factory farming as the result, but not the source, of our most serious ethical and environmental crisis today. In other words, Factory farming is the symptom but not the disease. The disease is a belief in human supremacy that translates into doing whatever we want to do with others and the planet. A transformational approach to activism requires that we root out the disease while at the same time push for solutions that can be easily implemented right now. This can take the form of a demand that public and private sector leaders promote and implement a plant-based food system to avert a climate emergency.

Get Our Newsletter
Posted In: Animal Products and Culture
Tagged With: factory farming, the red lettuce podcast 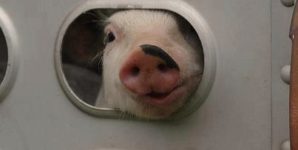 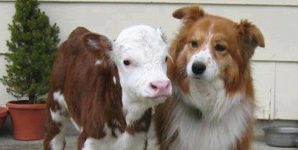 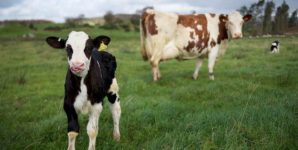