Subscribe
Home > Animal Products and Ethics > There Is No Such Thing as a “Fair Life” on a Dairy Farm, Ever

Last Thursday, I published an article on a breaking investigation from Animal Recovery Mission, in which they exposed horrific, widespread and long term abuse on a dairy farm that supplies Fairlife milk, the largest “humane” label milk company in the U.S., and a partner of Coca-Cola.

Public response to the investigation has been overwhelming, with the story making headlines around the globe and retailers pulling Fairlife milk from their shelves left and right. Numerous protests across the country have been staged, at both Fairlife and Coca-Cola headquarters, as well as at Fair Oaks Farms, the dystopian “factory farm theme park” in Indiana that owns the dairy farm in question.

Fair Oaks Farms and Fairlife milk deserve every second of the monumental infamy and bad press they are experiencing. But it’s important to reiterate that this isn’t an isolated incident of “one bad apple” in an otherwise benevolent, humane industry. The abuse at Fairlife milk’s supplier is unconscionable, but the truth is there can be no such thing as a “fair life” on any dairy farm, ever.

All Forms of Dairy Farming Rooted in Violence & Injustice

A farmer forcibly weaning a calf with a spiked nose plate on a “humane” dairy farm where the calf was permitted to stay with his mother.

It is crucial to recognize that our violence toward animals begins with a value judgment. In the case of industrial dairy farming, and the routine abuses inflicted on cows and their calves which consumers and producers of so-called “ethical dairy” claim to oppose— including separation of calves from their mothers; dehorning; confinement of cows in barren industrial sheds, and confinement of calves in isolated hutches; all of these harms derive from a value judgement.

The first value judgement says that animals used for dairy are so devoid of existential worth (the inherent value of a life independent of its utility to others) that they do not deserve to be free and autonomous, but rather deserve only to exist as property to be exploited, even when exploiting them is completely unnecessary to our survival and health. In short, No, we don’t need to harm them and could easily refrain, but my fleeting pleasure at a meal is worth more than their freedom, dignity, or entire life.

The second value judgement at the heart of dairy farming entails that animals’ mothering relationships are so inherently inferior and undeserving of respect, that it is morally acceptable to breed individuals into existence in order to force them to become mothers so that we, human adults, may needlessly invade their mothering relationships in order to consume, commodify, and profit from their stolen maternal lactations: literally baby food made for baby animals.

All forms of dairy farming endorse this violently entitled mentality, and all the worst abuses of so-called “factory” dairy farms like Fair Oaks derive from this original violence: the attitude that says animal lives are so inferior that they can be designated as property, and that their mothering relationships are not theirs, but ours to exploit at our whim. As long as people believe it is morally acceptable to own, invade, and commodify the reproductive systems and mothering of other animals, then abuses like the ones at Fair Oaks Farms will always occur. Because if the lives and mothering relationships of animals don’t even matter enough for us to refrain from exploiting them when we have no need to, then on what grounds can their suffering possibly be said to matter?

Even on a small homestead farm like the one in the video above, where the mother cow and newborn calf are not immediately and permanently separated the way they are on most dairy farms, they are still forced apart for hours each day during the time they most instinctively seek to be close to one another.

The new mother wants her baby by her side. She must be “trained” to endure these daily separations so that a grown human adult can parasitize her mothering relationship and needlessly steal the milk she is producing for her baby.

So-called “humane” dairy labels, as much as their founders and proponents may try to distinguish them from commercial dairy farming, actually entrench and perpetuate industrial dairy farm abuse by practicing the single most important factor necessary for “factory” dairies to flourish: the mindset that says anothers’ motherhood is a thing we can own and exploit. That judgement is the first and worst violence against these animals, from which all the others unavoidably spring.

Bodies are not commodities, and motherhood should never be a thing we exploit.

Learn more about the problems with “humane dairy” trends such as “calf at foot dairy,” “slaughter-free dairy,” and “Ahimsa dairy,” here. And check out our Guide to Going Dairy-Free for recommendations on delicious plant-based milks, cheeses and more.

Get Our Newsletter
Posted In: Animal Products and Ethics
Tagged With: ethical dairy, humane dairy 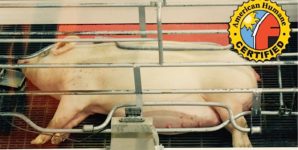 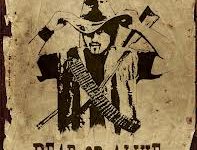