When I learned about Sally’s rescue from a Chicago slaughterhouse we have been working on closing, I knew what this rescue would expose. I’ve been inside this place. I’ve seen the horrors, heard the terrifying screams. I’ve even rescued two birds years ago nearby who most likely fell off the slaughterhouse truck. But most of all, I knew Sally’s story had to be told. Sally is a survivor, an innocent and defenseless victim, who never asked to be born into this world, into this hell.

Rescuers found Sally on the floor of the slaughterhouse, creeping slowly and cautiously between crates of birds as if to evade the workers. To see her coming out of her crate into her new sanctuary home at Georgia’s Place is heartwarming, to say the least! But more importantly, it makes us realize that Sally could just as well be a puppy or a kitten, with the same endearing curiosity, willingness to trust others and love of affection.

The story of Sally helps “humanize” these birds which the public generally regards with apathy and distance. This disparaging attitude about these birds then helps us rationalize how they are used and abused in farms and slaughterhouses.

The fate Sally would have met would not have been the quick and painless one many people like to imagine. The truth is these birds are caught at only 6 or 7 weeks old at the farm, stuffed into crates and hauled for hours and days to the slaughterhouse with no protection from the elements, no food and no water. Some die from the stress of transport. Others are injured from the rough handling and from being forced to crouch down in the crates. Even after they arrive at the slaughterhouse, they could languish for days more, watching other birds be slaughtered, hearing the cacophony of screams and smelling the blood and stench.

The slaughterhouse where Sally was rescued hauls live birds around in big plastic garbage cans and grabs them by their fragile juvenile wings with one hand while they slash their throats with the other, as you can see in the video. It’s as if they want to make their last hours and moments in this life as miserable as possible. This is why we must shut them down. And this is why we are asking for your help.

When you give now through December 31st, your contribution will be matched by a generous donor! Part of the contributions we receive will go to purchase supplies and feed for Georgia’s Place to help birds like Sally. 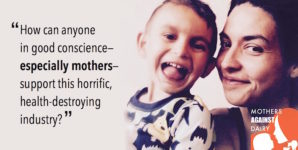 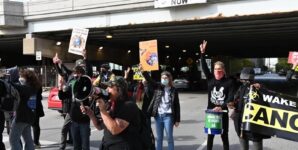 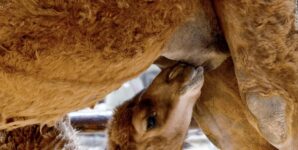