Want to help us carry out our mission of promoting rescue, education and advocacy of chickens like Sam? Please donate to support our work.

On the afternoon of Saturday, January 17th, Nancy and her husband were busy doing errands and driving down a bustling four-lane Cicero Avenue in Chicago when Nancy spotted a chicken on the side of the road. She pulled over and got out of the car. After several unsuccessful attempts to catch him, Nancy was able to direct him away from the road and into the woods, where he ran into a hollowed-out tree trunk. She reached inside and picked him up and brought him back to the car. In the process of catching him two police officers approached and asked Nancy what she was doing. They tried to persuade her to just leave the chicken where he was, saying he would give the coyotes something to eat. But Nancy refused and drove off, having put the chicken in a spare crate she had in the car.

Nancy has rescued many cats and dogs but had never rescued a chicken before and knew nothing about how to care for them. She also knew that keeping chickens is illegal in her suburb of Chicago. That’s when she contacted us to see if we could help. We asked her if she could foster him for a few days while we sought out a caretaker interested in adopting him. And she agreed. Nancy sent us photos, and we were able to identify him as a young Americauna rooster. We gave her some basic care guidelines, but she went way beyond our expectations of a foster mom. She set him up in her home in a very comfortable enclosure with pine shavings and a roost that he loved to perch on. And she let him out to get exercise during the day. In no time at all, she began to bond with the rooster she named Sam and he with her.

Luckily, after a few days of searching, we were able to find a permanent home for Sam at a home about an hour and a half north of Chicago. Nancy was elated to learn that we had found him a home and even volunteered to transport him to his new home thirty miles away. But the parting was bittersweet. On the day she would drive him there, Sam sat on her lap and she petted him. When she placed him on the ground, he remained by her side. He didn’t want to leave her. Nancy described this to me with great surprise. She was moved to discover that a chicken could bond with her so easily and so quickly. I told her about all of our rescues and how friendly they were.

The fact is there are many, many roosters like Sam who are unwanted and abandoned. They are often dumped somewhere like a forest preserve in the middle of winter, only to starve or be attacked by an animal or run over by a car. For every hen that is artificially bred into this world to meet the demands for backyard chicken keepers who want their eggs, there is at least one rooster who is also born into this world only to be killed at the hatchery shortly after birth. In fact, there are some 6 billion male chicks killed every year globally just to meet consumer demand for eggs alone! For those who want to keep chickens as companions, they can become part of the solution by adopting. Local shelters and sanctuaries often have adoption opportunities, so check them out if you are looking to adopt chickens as companions.

Chickens were only ever domesticated for one reason: to exploit them. All chickens used for eggs are the result of centuries of violent domination and decades of invasive genetic manipulation that dooms even those lucky enough to be rescued to a lifetime of unnatural frailty and disease. This means that even eggs from backyard hens are the product of a long line of injustice. Since humans have no biological need to consume eggs, we can withdraw our support from this exploitative industry by choosing plant-based egg alternatives for baking and cooking.

Those who rescue hens can feed their hardboiled eggs back to these birds, who will typically eat them with great enthusiasm, and grind the shells into their feed to restore much needed calcium and other minerals.

To learn more about the hidden harms of egg consumption, check out the following resources:

Eggs: What Are You Really Eating?

12 Egg Facts the Industry Doesn’t Want You to Know

Want to help us carry out our mission of promoting rescue, education and advocacy of chickens like Sam? Please donate to support our work. 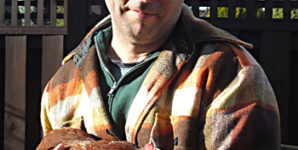 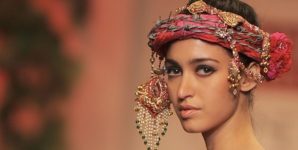 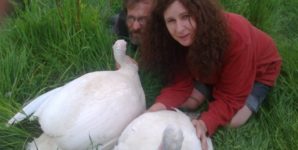