“The fact that animals are not human, that they belong to another species, isn’t a reason to give less consideration to their interests.” — Peter Singer

Before making his maiden movie, 25-year-old George Washington University law student Mark Devries was, well, a speciesist. He believed, as most of us do, that the arguments for animal rights and against speciesism were absurd and easily dismissible. But in the course of his interviews with the world’s leading philosophers on the subject — Peter Singer, Gary Francione, Tom Regan, evolutionary biologists Richard Dawkins and Marc Bekoff — he had a complete shift in consciousness and became a vegan. He claims that their arguments make an irrefutable case for animal rights, and he’s equally moved by the absence of valid counter arguments.

Devries says he usually avoids drawing conclusions, but in this case he’s so convinced of the logic that he’s already acted on what he now believes to be true. Namely: Animals count morally simply by the fact that we can prove today without a shadow of a doubt that they suffer as we do. We can no longer deny this on scientific grounds. Superior human intelligence (assuming we can even prove it) has nothing to do with the capacity for suffering and is therefore not a valid reason to cause harm and suffering to other sentient beings, particularly when it is completely unnecessary — as in the case of raising and killing animals for food.

Since animals in agriculture represent the 99% of animals who suffer at human hands, Devries claims that factory farming is the biggest social justice issue of our times, compelling us to confront the most serious contradiction between our values of justice and fairness and our use of nonhuman animals in factory farming (representing some 60 billion land animals and an estimated trillion aquatic animals killed each year).

If and when any valid counter arguments are made, he is certainly willing to consider them, Devries says in an interview with Erin Red. But these counter arguments would also have to validate other isms, such as racism and sexism. And once we’ve crossed over the threshold and exposed these isms as logically invalid and socially unacceptable, we do not see a trend for society to return to them.

As to why more people don’t recognize and challenge the widespread speciesism in our society, Devries notes:

“The reason why most people laugh at or criticize or dismiss arguments about speciesism  is because they are so steeped in the assumption that there is something so dramatically different about humans [relative to other animals]. The assumption appears to be a fact. It’s similar to beliefs such as ‘obviously women are not rational’ or ‘slaves are not capable of being assimilated into society.’ We forget how easily we are made to presume that the status quo is the inherent order of the world.”

Devries is as illuminating in his filmmaking as he is optimistic about the future. He seeks a new audience: thoughtful people that would otherwise not be interested in animal rights. And for those who have seen it, the film has really got them thinking. They no longer are dismissive of what they used to believe as absurd and extreme, he says.

Other than philosophers and ethicists, Devries also interviewed American Nazi leaders. He attempted to interview the corporate executives of factory farms but was unsuccessful. So he set out with his film crew to interview people working on factory farms. And many of these incredible encounters made their way into the film.

We are eagerly awaiting the official release of Speciesism the Movie. If you want to stay abreast of its release, sign up for notifications at http://speciesismthemovie.com. A special thanks to Erin Red of Red Radio for her in-depth interview with Mark Devries, whose answers to her questions provided the material for this post. 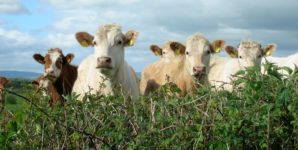 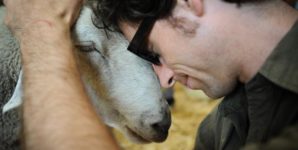 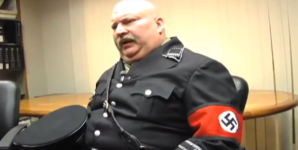