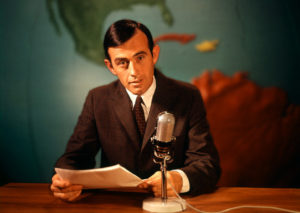 As I prepared for an interview today, I couldn’t help but think about one question the journalist asked me in advance of the interview. After talking to people that I referred her to, she asked if there were people who I knew that were not supportive of my views or those of Free from Harm, animal rights or veganism. Apparently others she works with thought this was important for a balanced article.

And I had to think about that for a moment. Of course there are people online that I debate and discuss these issues with that have a lot of differing viewpoints. But who do I know who is openly-critical of examining animal exploitation, violence and the need for animal rights? I was drawing a blank.

When the victim under consideration is a non human animal — a member of another species — then suddenly the issue of slavery or exploitation becomes a matter of “opinion.” That is to say, our culture supports the unquestioned belief that human slavery and oppression is wrong based at least on the principle of justice for all, whereas animal slavery and oppression is simply a matter of opinion. It’s morally relative. And therein lies the problem. Therein lies our cultural bias of human supremacy. As long as we believe that just being a member of another species is a valid reason to exploit or discriminate, or to use that “inferior other” as our piece of property, then we accept the same flawed beliefs that rationalize exploitation based on religion, color, race, gender and sexual preference.

In making this judgment, we must believe that protecting the basic interests that animals have in staying alive, avoiding pain, seeking pleasure, raising their young, and forming complex social units are a matter of opinion, rather than a matter of fact. And by failing to take these basic animal interests seriously, we engage in what English philosopher Richard Ryder coined “speciesism” in 1971.

Now we generally accept the idea that animals should be “left alone,” until there is a conflict of interest — until there is a human interest in using animals for a certain purpose. And even when the human interest is trivial and the animal interest is a matter of life and death — as in the case of satisfying our palate pleasure — we still place our interest over theirs. And we do this automatically because that’s how it’s always been done — not because we’ve really given any serious moral consideration to the issue — but simply because we can. We can get away with it, without suffering any consequences since the victims are what author Carol Adams calls the absent referent (the voiceless victim).

So this striving for objectivity that I think is behind the journalist’s intention to get a variety of viewpoints actually helped me clarify what I do and why. It helped me reaffirm why it’s important for us as animal advocates to challenge the dominant culture’s view about animals, yet in a way that is inviting and encouraging. 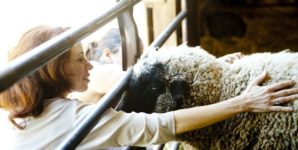 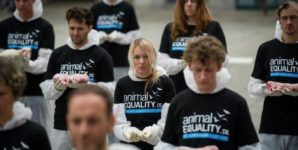