Until I began the fifth grade, I lived in an African American neighborhood and we were the only white family on the block. That was one of the happiest times in my life. I became best friends with two other girls on the street. Angela was a spitfire. I went to her house for lunch every school day. Toni was sensitive to other people’s feelings, fun, and welcoming. I felt a sense of belonging. We all played Shark, a version of tag. I can still remember Mr. C, Toni’s dad, sweaty from working in the yard, playfully giving me a big hug and my joy at the fun of it. I joined Toni once when she visited her grandmother in Harlem and remember her grandmother making a comment about me being white and her granddaughter being black, as if there was something wrong about our friendship. It was the first time I was made aware of there being something “strange” about our relationship.

At the heart of our friendship was empathy. Empathy is what allows us to cross boundaries, whether between “self’ and “other” or “us” and “them.” Empathy is about understanding how the world looks from another living being’s point of view, imagining how another is feeling, and wanting to alleviate another’s distress or share in his or her joy. Empathy is our greatest resource and the more we can promote a person’s empathy, the more the world will be a compassionate, peaceful and just place.

But what about the boundary we construct between human and nonhuman animals? We are, after all, animals, too. We are conscious beings, so are “they”; we feel pain, so do “they”; we experience emotions, so do “they.” These qualities are what make up sentience.

If we restrict our empathy to humans only, we are drawing a line between “us” and “them,” just as in any form of discrimination. The process of prejudice and violence is the same whether between men and women, whites and blacks, or human and nonhuman animals. In fact, Coretta Scott King and her son Dexter Scott King became vegan as a natural extension of Martin Luther King’s teaching of nonviolence.

Many other civil right leaders, including Gandhi and Cesar Chavez, have made the connection that neither human nor nonhuman animals deserve to be treated as a commodity. Chavez stated, “We need, in a special way, to work twice as hard to help people understand that the animals are fellow creatures, that we must protect them and love them as we love ourselves. The basis for peace is respecting all creatures.” Empathy is the key.

There was a time when slaves were considered property and commodities, just as animals are today. It took William Wilberforce 26 years to end the slave trade in England and another 26 years to end slavery. In the United States, it took a Civil War and political maneuvering to end slavery. Most of us cannot imagine that it took so much time and effort to end this horrendous treatment of other human beings. If we picture ourselves during this time of slavery and moral tension, I think we would see ourselves on the side of Abolitionists. But would we have been?

As Abraham Lincoln said, “Nearly all men can stand adversity, but if you want to test a man’s character, give him power.” We have complete power over other animals. Our choices decide whether they live or die; whether they are stolen from their homes and family; whether they are caged; and whether they are denied everything that makes their life worth living. We exploit other sentient individuals for our pleasures of food, entertainment, and fashion. Our choices to consume meat, dairy or eggs, to go to zoos or Sea World, and to buy leather or fur, all require us to shut off our empathy and buy in, literally and figuratively, to the exploitation of other sentient beings.

Are we willing to give up our use of animals the way Abolitionists were willing to give up their use of slaves? Abolitionists were able to step outside of the cultural norm. They did not draw a line between themselves and “slaves.” They were able to extend their empathy from the “in” group to which they belonged to the “out” group. They were willing to change their lifestyle, give up their power, and even incur financial losses, to ensure the equality of all men.

Empathy is integral to our moral progress. If it weren’t for the Abolitionists of yesterday, I would not have had the opportunity or pleasure of being friends and equals with Toni and Angela. Each of us can be the Abolitionists of our time and cross boundaries of species and privilege. Our daily choices can reflect our values of empathy, peace, and justice. 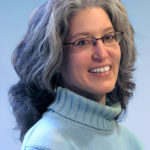 Beth Levine is working at using writing and collage to express some of her experiences of being vegan. She welcomes feedback so she can continue to improve her craft and inspiring others to choose the vegan ethic. Ms. Levine is a psychotherapist and works with individuals and couples. She is a Certified Emotionally Focused Couple Therapist and Supervisor. 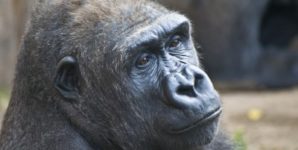 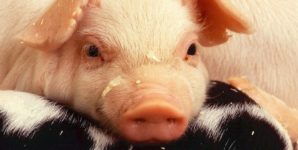 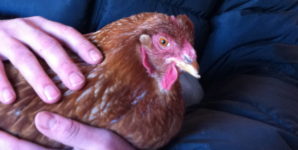