“The righteous one is aware of the soul of his animal, and the evil withhold their compassions.”  Proverbs 12:10, Aramaic Bible in English.

Lou is no more yet Lou lives on forever.

As of 11/11/12, the body of Lou is no longer Lou. We don’t know how he was put down, but it appears certain that Paul Fonteyn, the President of Green Mountain College (GMC) “authorized euthanization, which took place this morning,” according to his memo which states:

“Our original timetable was disrupted by outside organizations seeking to appropriate the images of the oxen for their extremist agendas, including the abolition of animal agriculture. Without shame, these groups harassed and threatened local slaughterhouses, making it impossible for them to accept our animals, and therefore for us to carry out our decision expeditiously. Despite our attempts to use the most humane and local options available, one of the only Animal Welfare Approved slaughterhouses in the area was forced to cancel our appointment as a result of these hostile threats. Some individuals associated with these efforts have even discussed giving drugs to our animals, which would render the meat unacceptable for human consumption.”

I am aware that on social networks, some people were discussing sneaking medication to Lou to assuage his pain. But President Fonteyn’s single-minded focus has always been on the suitability of Lou for consumption in the school cafeteria. And as far as I know, the people who were calling slaughterhouses to prevent the untimely killing of Bill and Lou were just that: people.

Jaine and I are in Daytona Beach, Florida, about 2000 miles into the Save Bill and Lou Tour. We collected signatures for our petition last night at a Diwali party, the Hindu festival of Lights celebrating the triumph of God over the personal demons of human beings, leading to their enlightenment.

We were enjoying our Sunday lunch with our dearest friends, Juan and Kenny, a gay couple who had driven five hours from Key Largo to meet with us. Then I received word from Marilyn about Lou, except that her text message read,

I replied, “Lou had the broken leg…” and she corrected herself, “Sorry I meant Lou. I am a bit disoriented.”

Grief does that to people. It is perhaps hard for President Fonteyn to understand why animals that Marilyn had never seen could evoke such an emotional response in her. But her grief is very real to her.

Marilyn is one of the kindest, gentlest persons on earth and the only group she belongs to, that I know of, is her Reiki circle. Unless you consider the Emmett Interdisciplinary Program on the Environment and Resources at Stanford University in California to be an “outside organization with an extremist agenda.” Marilyn is completing her doctorate at Stanford on behavioral change issues with respect to climate change.  She is a shining example of what an excellent education can shape a human being into.

In contrast, the students at GMC appear to have been shaped differently. Meiko Lunetta, a 21-year-old vegetarian from Francistown, N.H., majoring in sustainable agriculture and environmental education, said she supports the college’s decision.

“Nobody wants to see Bill and Lou die,” Lunetta said. “Everyone loves Bill and Lou. It’s not like we’re condemning them. … They’ve reached this time in their lives. Many farmers have to; they raise an animal, they name it and they love it, and then you slaughter it.”

Raise it. Name it. Love it. Slaughter it. That’s not the love that poets sing about. A different, sinister kind of “Love” appears to have pervaded the GMC ethos.

And now GMC’s plans for Bill appear to be in line with that warped definition of “Love.” President Fonteyn said, “Bill will not be sent to a sanctuary but will stay on Cerridwen Farm and will be cared for in a manner that follows sustainable, humane livestock practices, as is the case with all of our animals. We take responsibility for our animals on the farm–it is an obligation we will not ask others to bear.”

President Fonteyn will find it hard to prove that oxen-pulling, 19th century livestock methodology with 21st century American consumption patterns constitute “sustainable, humane livestock practices.” But he continued, “I know at times the attention has been harsh and unfair, but it has also provided a platform to present some of the best aspects of Green Mountain College: our intellectual courage to squarely examine moral dilemmas, our values of sustainability, and our commitment to discourse over doctrine.”

I welcome that commitment and I wish that his actions will soon match his words. 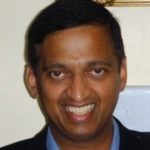 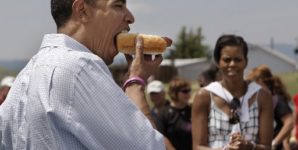 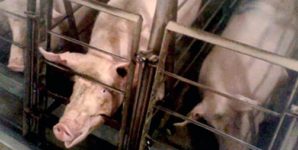 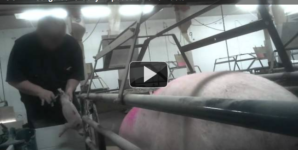