PHILADELPHIA – The city of Philadelphia has agreed to pay $15,000 to Edward Coffin, an animal rights activist who was illegally arrested and held for two hours for handing out fliers on a public sidewalk outside a Whole Foods store. The American Civil Liberties Union of Pennsylvania filed a lawsuit on Coffin’s behalf in December 2011.

In its complaint, the ACLU-PA alleged that Coffin’s experience was not an anomaly but rather part of a widespread practice of uniformed police violating the First Amendment rights of protestors. The lawsuit also argued that police department management has failed to train its officers about the right to leaflet without a permit or to discipline officers who violate demonstrators’ rights.

“It’s not hard to understand that people have the right to speak on public sidewalks. If our police don’t get that, they are being told something else,” said Mary Catherine Roper, senior staff attorney with the ACLU-PA.

On December 23, 2009, Coffin was handing out fliers criticizing Whole Foods’ sale of animal products on the public sidewalk outside the entrance of the store’s 10th and South Street location. After Coffin refused his request to leave, the store’s manager called the police. Responding to the call, Officer Dominick Cole told Coffin he was not allowed to leaflet in “a business district.” When Coffin informed the officer he was on a public sidewalk and allowed to leaflet, he was handcuffed and marched down the street in full public view to the police mini-station a block away. At the station, Coffin showed the officer that Philadelphia’s ordinance only requires a permit for commercial leafleting, so the officer charged him under an ordinance that requires a permit for a parade. The charge was later thrown out.

“Being arrested and silenced for doing nothing more than engaging in nonviolent public outreach was incredibly violating and I fear, has a chilling effect on others who might consider exercising their constitutional right to have an opinion that doesn’t fit the status quo,” said Coffin.

According to the December 2011 complaint, the city of Philadelphia does not provide training to its uniformed officers regarding the rights of protesters and the application of the city’s ordinances regarding leafleting and protests. Instead the city directs its uniformed officers to rely upon the department’s Civil Affairs unit to deal with protest activities. However, uniformed officers frequently respond to complaints about protesters directly. In fact, an Internal Affairs report written two years before Coffin’s arrest recommends that officers on the beat receive training on the right of protesters to leaflet without a permit. That recommendation was ignored.

Coffin is represented by Roper of the ACLU-PA and Paul Messing of the law firm Kairys, Rudovsky, Messing & Feinberg.

Go to the source for more information about the case, including a copy of the original complaint and the settlement.

Get Our Newsletter
Posted In: Animal Rights, Animals and the Law

Animal Rights, Animals and the Law 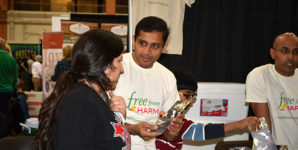 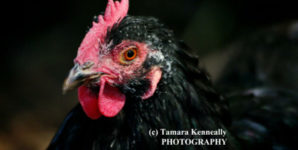 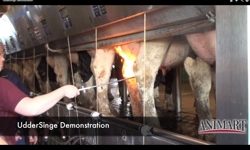