Subscribe
Home > Animals and the Law > Animal Law 101: What Is “Necessary” Animal Suffering?

In her new TED Talk, animal law attorney Lesli Bisgould delivers a terrific overview of the problems with our legal system in protecting animals from the institutions that exploit them. She begins her talk with what we all tend to agree on, that harming animals unnecessarily is wrong, particularly in cases of individual animal victims and individual human perpetrators. And then she eloquently shifts our attention to how our legal system excludes billions of animals from legal protection from the same acts when there is an economic interest that relies on animals as resources. In such cases, she shows how the mere presence of a human interest, no matter how trivial, is immediately perceived as a justification for “necessary” harm, even though the same acts perpetrated against our companions would be considered criminal. It’s a contradiction big enough to drive a mac truck through, and who can possibly deny it?

A key strength in Bisgould’s talk is her use of analogy, such as in the following excerpt from her talk:

“Imagine two people coming home from work at the end of the day. One of them had a horrible day, is in a terrible mood and his dog will not stop barking. He has a blow torch in the garage. So he restrains his dog on the leash, goes out and gets the blow torch, comes back and burns the dog. The second person is a researcher. And she’s presently engaged in the study about the efficacy of various treatments on burns. And she’s returned from a day at the laboratory where she has restrained several dogs and blow torched them in pursuit of her study. The first person had no real purpose for burning his dog that way and he might be charged with causing unnecessary suffering to the dog. The second person will, not only not be charged, she will be protected by her institution, supported by public tax dollars, rewarded with professional recognition if her results get published. And the rest of us, if we ever hear of such things at all, will be assured that the experiment was humane, just as we are assured by agriculture industry spokespeople that all the things I described a moment ago are humane too.”

Lesli Bisgould is Canada’s first animal rights lawyer. For ten years, she acted for individuals and organizations in a variety of animal-related cases in the only practice of its kind in the country. She has fought for the rights of students who objected to dissection in science class, for critics of facilities where animals are held captive, and for changes in the law to ameliorate the legal status of animals. Lesli is an adjunct professor at the University of Toronto’s faculty of law where she instructs a course on animals and the law. Lesli is the author of “Animals and the Law”, the only Canadian law text on the subject, published by Irwin Law. Lesli was the 2012 international law lecturer for Australian animal protection institute, Voiceless – she undertook a 12-stop lecture tour of Australia, comparing the commercial hunts for seals in Canada and kangaroos in Australia. In recent years, Lesli’s full-time work has been in the human rights and poverty law fields, and she is currently the Barrister at Legal Aid Ontario’s Clinic Resource Office. 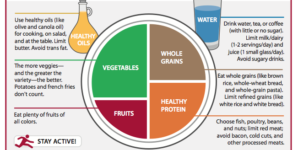 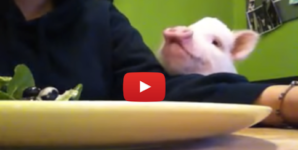 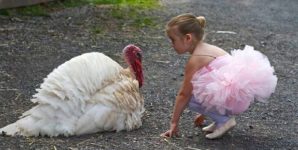