Subscribe
Home > Animals and the Law > Proposed Legislation for Egg-Laying Hens: An Update

Karen Davis’ article on the Egg Products Inspection Act Amendments of 2012 can be read at Agreement Raises Flags for Egg-Laying Hens: A Chicken Activist’s Perspective on the “New Deal.”

Following is an update on H.R. 3798 and S. 3239, concluding with the answer to a question I asked Bradley Miller of the Humane Farming Association.

“A Plan to Solve the Housing Crisis for Egg-Laying Hens”?

If it’s all right for an animal protection organization to lobby to ensure that an animal-abusing industry has “a secure future” and that consumers have “a dependable economic egg supply,” then no one will be fazed by the advertisement that is currently being run by The Humane Society of the United States and United Egg Producers promising these outcomes if the Egg Products Inspection Act Amendments of 2012 – S. 3239 and H.R. 3798 – are enacted into law. Nor are we likely to be riled by the ad’s sly implication that the industrialized egg industry is not so much a factory farm enterprise as it is “thousands of family farmers” just trying to make a living.

Under the provisions of the Egg Products Inspection Act of 2012, it is likely that hens could fare a little better at best, installed in their “enriched” battery cages, 60 hens per cage, in buildings a reporter for The Republic described on May 31 as “big enough to hangar a Boeing 747.” (I do agree that little perches, rubber “nests” and “scratching” pads are better for the hens than constantly sitting and standing without relief on wire.)

A few things to consider regarding the proposed legislation:

Unlike every legitimate anti-cruelty law in the nation, the Rotten Egg Bill contains no criminal penalties whatsoever – while overturning laws which do.

In general, in federal regulations such as this where the USDA has been given jurisdiction, it can – in theory –assess limited civil penalties. But, they are under no obligation to do so and generally respond with warning letters, if that. And, “The Secretary may compromise, modify, or remit, with or without conditions, any civil penalty assessed….”

It’s important to note, however, that the section of the bill you are asking about (relating to the supposed “phase-in” of inches and modifications) – explicitly excludes any such penalties. The USDA cannot hold any egg factory legally accountable for the actions, or inactions, of other facilities. The completely arbitrary percentages set forth in the bill’s “phase-in” section inherently preclude taking action against any single entity. Who, for instance, would decide which egg factories will be among the % that are, or are not, going to provide more cage space before 2029? No one. So, they just exempt everyone from the theoretical penalties associated with other USDA regulations.

As far as California is concerned, all authority/enforcement would be tossed to the California Department of Agriculture. And they would deal with it, or not deal with it, in whatever way they choose.

Of course, the biggest issues have nothing to do with penalties since penalties are never likely to come into play. For the most part, UEP is merely federalizing what they are already doing. More importantly, and outrageously, they intentionally did not define the term “adequate environmental enrichments” – even though that is the focal point of the bill and of UEP/HSUS promotions.

That way, they can continue to paint whatever rosy picture of heaven-in-a-cage they would like. Rather than proposing standards which could be scrutinized and understood before becoming the law of the land, they are attempting to push the entire issue off into the distant hands of some as-yet unknown USDA Secretary – of some as-yet unknown Administration.

And for that, UEP/HSUS would like to nullify existing state laws, take away our voting rights, and effectively eliminate any chance of ever doing better.

Up front, the bill conveys that producers can keep hens in existing cages with only 67 square inches per hen for 15 to 18 years after the bill is enacted. That (along with preempting state laws) has been one of UEP’s big selling points when reassuring its own members.

In any case, the entire concept of the USDA, years from now, reviewing a survey (from an unknown source and with unknown methodology, accuracy, etc.) to supposedly determine which egg factories are providing how many inches — and eventually reporting its own conclusions to congressional Ag committees – is beyond absurd. 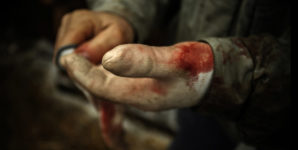 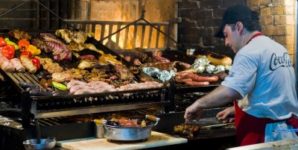 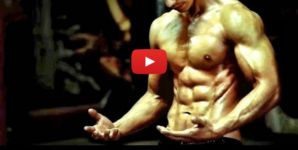