Is hunting animals morally superior to buying them in the store?

We so often hear from hunters who make the case that while factory farming is wrong, there is nothing unethical about eating animals who have been hunted in the wild. After all, the reasoning goes, the animals live a completely natural life just as nature intended, and die more quickly, and with less fear and pain than they would experience with other predators.

But all of this begs the question of necessity. Most North Americans and Europeans (and many others) who hunt do not do so because they have to in order to survive. Most of these hunters shop at grocery stores for at least some portion of their food, stores where they have access to dried beans, nuts, grains, produce and other nutritious plant proteins. In such cases, hunting animals for food is unnecessary, and, like farming animals, constitutes the infliction of violence and death on animals we have no need to harm at all.

As Brian Luke writes in Brutal: Manhood and the Exploitation of Animals,

“North American men do not hunt out of necessity; they typically do not hunt to protect people or animals, nor to keep themselves or their families from going hungry. Rather, they pursue hunting for its own sake, as a sport. This point is obscured by the fact that many hunters consume the flesh of their kills with their families, thus giving the appearance that hunting is a subsistence tactic. A close reading of the hunting literature, however, reveals that hunters eat the flesh of their kills as an ex post facto attempt at morally legitimating an activity they pursue for its own sake. The hunter often portrays himself as providing for his family through a successful kill and ‘harvest.’ This posture seeks to ritually reestablish a stereotypical masculine provider role less available now than may once have been. In reality hunting today is typically not a source of provision but actually drains family resources. Deer hunters, for example, spend on average twenty dollars per pound of venison, once all the costs of equipment, licenses,transportation, unsuccessful hunts, and so forth are calculated.”

Hunting as population control or conservation?

“Hunting is necessary for population control.” This is the main defense from the hunting establishment that the public has come to widely believe. This false narrative frame hunting, not as sport or leisure, but as essential conservation work, based on an appeal to fear, warning that wildlife populations will spiral out of control and become a nuisance to communities without their intervention. This may explain why even as the hunting population has been steadily declining in recent years, the other 95% representing the non-hunting public still passively supports hunting, believing it to be a necessary evil.

The reality is that there are thousands of “state game farms” across the country artificially breeding animals like deer and pheasants, quail and partridges in the hundreds of thousands and releasing them into hunting ranges. In Wisconsin alone the state currently registers 372 “deer farms,” according to the Wisconsin Department of Agriculture, Trade and Consumer Protection. And when a disease outbreak occurs on these farms, entire herds are “depopulated.” 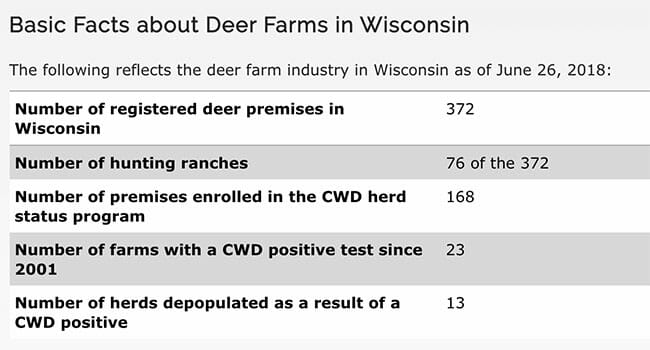 Also in Wisconsin, DNR officials explained to us that a recent $1.7 million investment in a pheasant hatchery will allow them to supply 75,000 birds a year to game farms across the state. These birds who have been raised in captivity are so tame they will often freeze when approached by hunters or predators and are unprepared for the dangers posed by cars. Game farms typically teach novice hunters to kick these birds to force them into flight and then shoot them as they fly off, as you can see repeatedly in this video from the U.S. Open Pheasant Championship.

The population control argument is especially common as a justification for hunting deer. But as Doris Lin writes in, What Will Happen to Animals If Everyone Goes Vegan?

And in Scientific Arguments Against Hunting, Lin writes,

“Big “game” animals like white-tailed deer and black bears rarely exceed their biological carrying capacity  – the maximum number of individuals the ecosystem will support without threatening other species. If they exceed that number, a lack of food will kill the weakest individuals, and will also cause the pregnant females to resorb embryos and have fewer offspring. The strongest will survive and the population will become healthier.

Unlike nature, hunters select the small and the weak to survive — reverse evolution. Instead of targeting the young, old, or sick individuals, hunters kill the largest, strongest males. Because hunters prefer large males with big horns, bighorn sheep in Alberta, Canada are now smaller, with smaller horns, compared to thirty years ago. And because hunters prefer to kill elephants with tusks, the African and Asian elephants that have a genetic mutation that leaves them tuskless are now dominating those populations.” 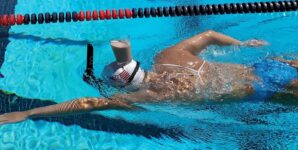 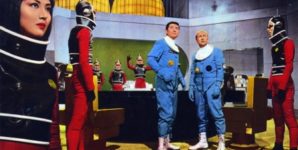