Subscribe
Home > Common Justifications for Eating Animals > If Humans Had Evolved from Lions, Should They Still Go Vegan?

Whenever a debate on veganism arises, there is a very high probability that the discussion will turn to lions.

People often justify eating animals by pointing to lions eating other animals in the wild, forgetting that lions also steal, rape, and murder amongst themselves, so perhaps we shouldn’t base our morality on what lions do. They point to their own laughable canine teeth, as if they were sporting giant razor-sharp fangs. They call themselves apex predators, while they binge-watch Netflix.

As evidenced by the public reaction to the murder of Cecil the lion a few years ago, there seems to be something exceptional about lions within the human psyche. Lions are powerful. Lions are regal. We literally lionize lions. It’s right there in the word.

It’s not a good thing, though. Lions may represent strength, but it’s the bad kind of strength that comes from forcefully dominating others and taking what you want from them. It represents the remnant of our barbaric Might Makes Right mentality that has plagued humanity throughout history, and which we’re still fighting to transcend today.

In arguments against veganism, there are endless debates about what lions do, and whether humans are designed to eat meat or not. And it’s pretty much all beside the point. Because here’s the thing. Morally speaking:

Even if humans had evolved from lions, we should still go vegan.

By that, I don’t mean that hypothetically evolved lion beings should eat only plants even if it meant they would literally die. People do things in pure survival mode that they know is extremely wrong otherwise. Furthermore, veganism isn’t simply a “Do this, don’t do that” set of rules without any guiding principles behind it. So, what I do mean is two-fold:

With a minimization of harm principle in effect, it wouldn’t be enough to simply eat as one desired as long as they said some sort of blessing, or they used “every part of the animal,” or the animal was killed “humanely.” Those are merely lip service platitudes when clearly there are more concrete ways to minimize one’s harm.

Questions that would become paramount would be, “What is the minimum amount of animals needed to be healthy?” and also, “Can one get their nutrients from animals such as bivalves, who don’t have central brains or central nervous systems, and may not be sentient at all?” Morally evolved lion beings would seek out such bivalves, and would stick to around the minimum amount of animal consumption needed.

Furthermore, a minimization of harm principle would also rule out the exploitation and killing of animals for any non-survival purposes, such as for fashion, or for zoos, circuses, rodeos, animal racing, and any other form of entertainment, for example.

Even more importantly, a morally advanced species of lion beings would put significant effort into creating the conditions for future justice. A morally advanced society doesn’t simply throw up their hands at societal misfortunes, but rather works purposefully to improve the lot of all.

Therefore, an advanced society of lion beings would expend a notable portion of their research efforts to scientifically change the game, with the aim of getting out of the animal exploitation and killing business altogether. They would put resources into creating things like supplemented plant foods, meat grown from cells in a lab, or whatever other scientific innovation they could invent.

Their governments would hardly subsidize eating more animals than the minimum necessary for health. They would always celebrate rather than fight against animal replacement technologies. And they wouldn’t allow 24/7 advertising propaganda falsely associating eating animals with masculinity, strength, and prosperity. In fact, they wouldn’t glorify or celebrate eating animals at all. It would be something they were eagerly and actively trying as a society to avoid in the future.

In both their approach to minimizing their current harm, as well as prioritizing a future without the need for any such harm, these evolved lion beings would demonstrate that the matter held serious moral importance, and required their commitment to creating a future vegan world. One might argue over what lengths they would have to go at any given moment in time, but clearly it would at least be an amount that demonstrated sincere and serious effort rather than lip service platitudes and rationalizations for maintaining the status quo.

Of course, we humans didn’t evolve from lions. Luckily, Homo sapiens such as ourselves are already able to survive and thrive on proper vegan diets. They can even protect against many major diseases, as attested by the Academy of Nutrition and Dietetics, and corresponding nutrition bodies all across the globe. Plus, it’s critically important for the environment as well.

But even if we had evolved from lions, once we wanted to consider ourselves moral in the matter, we’d still go vegan just the same. 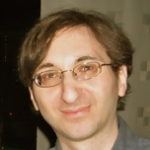 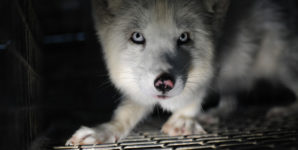 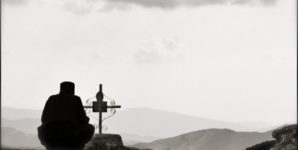 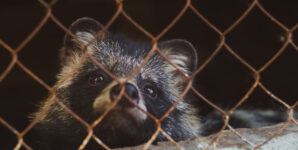