Danita is a gorgeous Black Rock hen with thick and luxurious plumage full of iridescent blues and greens and large, dramatic Cleopatra eyes. She is a gentle and kind alpha female who is also quite assertive, independent and courageous. On a number of occasions, she has made her way to the highest point in the yard, on top of the patio table, to warn her flock of potential predators in their midst, putting herself at great risk. She has scared off curious cats and other animals that she found “trespassing” in her territory, and yet she is tolerant of the squirrels and other wild birds.

Danita is the sibling of Doris both of whom hatched in a Chicago classroom in 2009. When our elder ‘matriarch” hen Sandye died in late 2012, Danita quickly assumed the “mother hen” role in the flock. At night the other girls in the flock nestle up against either side of her large warm body of feathers, seeking warmth and protection. Danita has many quirks that identify her as a true individual, including her fancy for soaking her feet in a bird bath and her short repetitive chirps when she’s happy to see you. Check out Danita and her other flock mates in our video called My Urban Hen Sanctuary.

Get Our Newsletter
Posted In: Farm Animal Intelligence
Tagged With: Free from Harm Rescue Stories 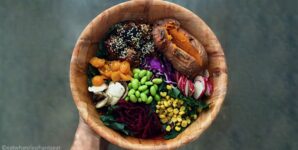 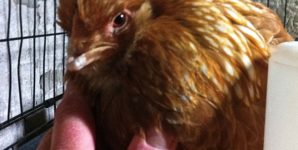 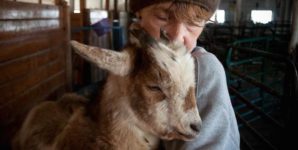