It’s worth mentioning that the study of animal neurobiology, cognition and behavior is in its infancy. That means much of what we based our understanding of animal intelligence on up to now has been anecdotal rather than factual. A typical scenario is a farmer or fisherman unable to detect signs of pain in a farm animal or fish and therefore concluding that no such pain, fear or suffering exists. But the scientific study of animals is proving more and more that animals have far greater cognitive ability than we ever understood. Since animals suffer mostly in silence and even hide their pain, this is not a surprising discovery.

The latest major study coming out of Germany reports this week in Der Spiegel on the subject of fish cognition, concluding that fish are not at all the mere “reflex mechanisms” that we long thought of these lower invertebrates. What’s new? Researchers have discovered that they have the same ability to, not only feel pain, but also be conscious of the pain they are feeling (like us) and, therefore, should be considered “sentient” beings like other mammals and birds. Animal cognition is a very big deal since even cognition in the human brain is still not totally understood!

According to the Der Spiegel article, “a Spanish research team was even able to identify an area of the goldfish brain that appears to serve a function similar to the limbic system, the region of the human brain that becomes highly active when people experience fear or pain. As with mammals, these cerebral receptors in fish consist of a number of anatomical structures: Incoming signals to the amygdala are processed by an emotional filter, while the hippocampus is for memory, but also plays a key role in spatial orientation.”

Discoveries like these and others have huge implications for fisheries and even sport anglers. If we follow the scientific logic, fish are no less worthy of humane treatment than sheep, pigs, cows and chickens. That means the practice of hooking a fish and reigning it in would be considered cruel and inhumane, causing needless suffering to the fish. And the widespread commercial practice of hauling thousands of live fish out of the oceans and on to boat docks to let them die a slow and painful death would also be considered unacceptable suffering.

It seems clear that such discoveries will provide the evidence that animal protection organizations will need to advocate for improved welfare standards for fish and other sentient beings and make them law. Germany, for instance, already has animal welfare laws that cover fishing and the EU Commission’s review recently concluded that “”From studies of sensory systems, brain structure and functionality, pain, fear and distress, there is some evidence for the neural components of sentience in some species of fish.”

Of course these new insights into fish are not going over well with either fishing enthusiasts or the commercial fishing industry who characterize the new scientific discoveries as a conspiracy against them. And like their counterparts in the animal agriculture industry, they will fight back with their own brand of science, funded by them and designed to negate what they see as an attack on their livelihood. So expect to see a lot of controversy over this issue in the months and years to come. 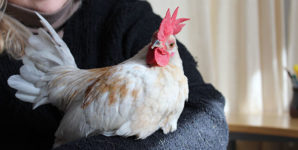 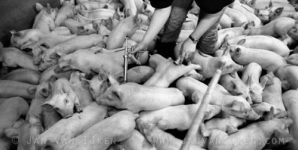 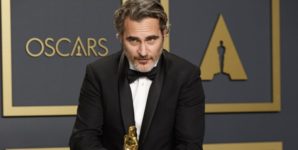