“Domestic sheep (Ovis aries) are among the earliest animals domesticated for human use. They are consumed worldwide as mutton, hogget, and lamb, kept as wool and milk producers, and used extensively in scientific research. The popular stereotype is that sheep are docile, passive, unintelligent, and timid, but a review of the research on their behavior, affect, cognition, and personality reveals that they are complex, individualistic, and social.” — Lori Marino and Debra Merskin, Intelligence, complexity, and individuality in sheep, published in Animal Sentience

A recent report on sheep behavior dispels many of the common cultural myths that have clouded our understanding of this species for centuries. To those of us who have come to know and value farmed animals from our own personal anecdotal experiences, it will come as no surprise to learn that sheep are far more complex than we’ve been led to believe for so long. Much of what we’ve learned about farmed animals like sheep comes directly from farmers who regard them as commodities. Today, we are seeing a growing body of research motivated by scientists who have a genuine interest in understanding their natural behavior.

The report begins by examining some powerful historical forces that have shaped our view of sheep in the West, such as Christian theology’s Great Chain of Being — God’s ordained hierarchy in which species are assigned rank and value based on their usefulness to or admiration by humans. Today this view of sheep as utility animals persists, presenting the main obstacle to taking a closer, more honest look at their personalities. Marino and Merskin evaluate a wealth of scientific literature on sheep and present their findings in four broad categories: Learning and Cognition, Emotions, Personality, and Social Complexity.

The report’s conclusions sharply contrast with popular views and representations of sheep as unintelligent and lacking in individuality or autonomy and instead identify several complex capacities including:

Researchers Marino and Merskin hope that their research will lead to a rediscovery of who sheep really are and a reevaluation of their exploitation as agricultural commodities and invasive research test subjects. We hope so too! 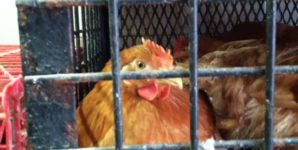 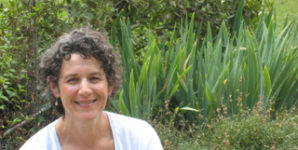