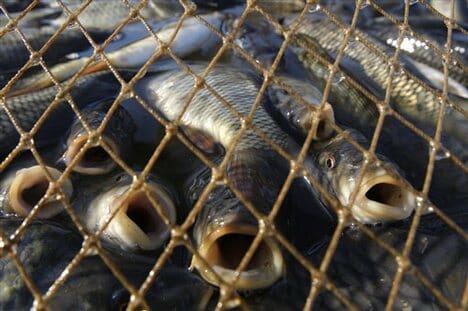 Do a quick search for “New York Times” and “fish” and, aside from a precious little roasted bass and fennel recipe, you’ll be swamped in a tidal wave of pretty foul news. Recent reports indicate that fish are mislabeled, on the verge of extinction, imbued with toxins, banned from being caught in certain regions, genetically modified, trapped with dragnets, infected with lice, flowing with mercury, and labeled as “sustainably” caught when, alas, they’re not. What you will not find, however, is perhaps the most important recent discovery we’ve made about fish in our long history of observing them: they’re smart.

Potential vegans or vegetarians—anyone, really, who thinks seriously about eating animals—often tend to think of fish as swimming aimlessly in an ethical grey area.  Land-based creatures, most conscientious consumers will acknowledge, feel pain, suffer, and do it all with some level of intentionality and individual consciousness. Based on these qualities, many of us have decided that they warrant enough moral consideration to at least not be raised and rendered into a sausage link.

But not fish. Partly because they literally lurk beneath the surface of our observation, fish have yet to enter this privileged category of compassion. Pescetarians—those who eschew eating all animals with the notable exceptional of fish—are commonly viewed as having fashioned diets that are more ethically focused than opportunistic omnivores. But could it be that the distinction they draw between, say, fish and pigs is as capricious as the one omnivores draw between dogs and pigs? In other words, might fish matter as much as the land animals to whom we grant moral consideration?

Considerable evidence reveals that they do. What initially got me thinking seriously about fish sentience were comments I kept reading from scientists who study fish—that is, intelligent and qualified people who work to understand and explore the behavior of fish rather than catch and fry them at festivals. You figure that if anyone can, on the basis of systematic observation, speak to the deeper reality of fish intelligence, it would be the people who spend their professional lives swimming with them, or at least watching them swim.

What these experts reveal about fish should send a Friday-fish-eating Catholic to the nearest confessional. The oceanographer Sylvia Earle says, “I wouldn’t deliberately eat a grouper any more than I’d eat a cocker spaniel.” Fish, she explains, “are sensitive, they have personalities; they hurt when they’re wounded.” The German neuroscientist Stefan Shuster agrees, saying that, “people don’t expect much from fish but that’s where they’re wrong.” “Fish,” he claims, “are capable of much more than people think.” The renowned fish biologist Victoria Braithwaite told a reporter, “We’re concerned about the welfare of chickens, pigs, and cows on farms. Why not fish?”  Her recent book, Do Fish Feels Pain? answers that question with clear implications for those who think eating fish doesn’t come with ethical baggage.

Research on fish sentience is relatively new. In 1993, the first article on fish identity was published. Since then, a welter of evidence has emerged to demonstrate that (to cite only a few findings) fish teach each other tricks, are savvy social learners, make situational (rather than just instinctive) decisions, and, somewhat remarkably, can adopt the perspective of other fish—something serious enough to be deemed a “theory of mind” by professional philosophers.  They might not wag or call out our name when they see us, but these animals swim the seas without dunce caps for good reason.

It’s important to note that scientists who study animal cognition are professionally wary about attributing consciousness to the animals they study. It can be seen as a mark of sentimental anthropomorphism and, regrettably, have dire consequences for one’s career. It’s thus that much more significant that, writing in Applied Animal Behaviour Science, a prestigious peer reviewed journal, a team of animal scientists surveyed the evidence up to 2004 and declared, “This review of the anatomy, physiology, and behaviour of fish suggests that they are more likely to be sentient than not.”

Don’t let the scholarly understatement fool you. The mere mention of even the remote possibility of fish sentience by a group of prominent scientists makes the point loud and clear. Fish think. They feel pain. They suffer.

Regrettably, too many of us, even animal lovers, fail to think so. Inversely related to the rapid rate of our discovery of fish intelligence is our willingness to accept the results. It’s hard for humans to entertain the prospect of fish sentience. Not only do fish hide under water, but when we do have a chance to encounter them, or maybe even interact with them, it’s usually while they flop on a deck with a hook in their mouths or do endless laps around a fish tank. Under these circumstances—well, under any circumstances actually—we lack the opportunity to do something essential for connecting empathetically with fish: look them in the eyes as assess their emotions.

Walleyed and lacking eyebrows, fish—who did not evolve in mutual interaction with humans—do not behave towards humans in ways that incline us to responsibly anthropomorphize them into creatures with recognizable feelings.  This necessary failure to see eye-to-eye stands in sharp contrast to dogs, animals who anthropologists theorize may have evolved eyebrows for the sole purpose of making advantageous emotional connections to the humans who have generally nurtured them and, with rare exception, have decided not to eat them, in part, because of those sweet, expressive eyes. Fish “teddy bears,” you may have noticed, aren’t so popular

This isn’t to say that the gaze of compassion is completely absent from the human heart when it comes to fish. In 2009, a television reporter in Denmark, in an act of colossal stupidity, poured a small amount of shampoo into a fish tank to demonstrate its toxicity. The fish went belly up and the public wrath came slamming down. The reporter was sued for causing “unnecessary suffering” and the judge condemned her for “deliberately commit[ing] an act of cruelty to animals.” Ultimately she was exonerated because, as her lawyer noted, “”Fish are killed by suffocation in industrial fisheries and we throw live lobsters into boiling water, but we don’t press charges against fishermen or restaurant owners.” Not a bad point.

And as it suggests, the Denmark anecdote is the exception that proves the rule: fish don’t measure up on our fickle moral scales. Making matters more difficult for the defender of fish sentience, those scales are tipped by entrenched cultural perceptions of fishing as an activity that promotes human bonding and relaxation. “Fishing,” explains Connecticut’s Department of Energy and Environmental Protection, “is wholesome family fun.” Vacation packages often cater to “father-son fishing trips” and it’s a longtime practice for men in particular to escape the gruel of daily life and pound their chests while catching fish on a boat with a lot of beer on it. In Hemingway’s Old Man and the Sea, the anonymous narrator defines nothing short of his manhood vis-à-vis a marlin he aims to kill. The earliest picture of my dad and me shows me holding up a string of trout. It hangs in the hallway of my parents’ house on a wall of familial warmth.

That picture has meaning. Through dead fish it conveys human love. And thus I’m reminded that our culture of accommodating and celebrating fish exploitation cannot casually be brushed aside. The vegan advocate cannot simply declare “fish are sentient” and expect a previously unquestioned habit that imparts immense human pleasure to screech to a halt.

However, the reality of reality should not stop us from speaking truth to culture. What those who abhor the idea of causing unnecessary suffering must do is remind conscientious consumers, as often as we can, that fish do in fact suffer. Remind them that the world’s leading authority on fish pain, Victoria Braithwaite, has become so convinced that fish suffer that she’s concluded, somewhat reluctantly, that “we should extend welfare considerations to fish.”  Remind them that 500,000,000,000 fish die a painful death every year to feed humans food we don’t need and that, no matter what the New York Times fails to say about the matter, that pain and suffering means as much to a fish as it does to an animal who can look us in the eyes and ask for compassion.

Get Our Newsletter
Posted In: Farm Animal Intelligence, Featured Articles 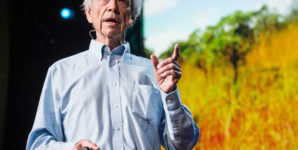 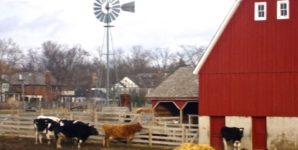 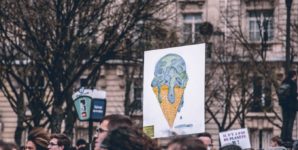