In a recent story, Farm Sanctuary describes a scene all too common in animal agriculture. The author recounts the disturbing experience of attending an animal auction where animals are hauled in on trucks and herded out into an arena where auctioneers determine their price. This a world where a farm animal is mere property and the weak ones are sometimes bidded down to $0. This was the case of a terribly sick baby male calf, paralyzed from fear and disease, and unable to walk even when prodded by the workers. The auctioneers laughingly called him “Trash,” says Farm Sanctuary’s National Shelter Director, Susie Coston. And Trash is in fact one of the countless casualties of the dairy industry which has no use for males. That day, Coston reports to have identified at least 200 male calves at this one auction alone.

The connection between the veal and dairy industries has a long history. Cheese requires an enzyme called rennet which is extracted from the intestines of a baby calf. Many artisanal cheese producers use rennet from calves today while large producers typically use a genetically engineered rennet which does not come from the calf. No major studies that we could find could attest to the safety of GMO rennet produced in a laboratory, nor is it labeled accordingly on the packaged cheese products we buy all across the country.

Calves are separated from their mothers immediately after birth. After separation, most young dairy calves subsist on commercial milk replacer, a feed based on dried milk powder. The milk from its mother intended to nourish its newborns is instead sold for human consumption. According to the animal welfare organization Born Free USA, “A bull (male) calf is usually thrown in a truck and sent to an auction while he is still wet with amniotic fluid, still unable to stand by himself. Many bull calves die at the auction yard and those who don’t are often sold to a veal operation, where they live out their short lives confined to a tiny crate that prevents almost all movement and fed an iron-poor diet to make their flesh pale.”

A calf who does not receive his mother’s milk does not benefit from the valuable immunities that only milk can provide. The mortality rate of calves raised in such an unnatural environment is 10%. The number of calves who are destined for veal or rennet is unknown since the USDA does not require the industry to disclose numbers. Only a collective figure of all cattle are disclosed.

The fate of calves in this industrialized system is entirely unconscionable. Equally indefensible are the conditions of the 9 million heifers (female milk-producing cows), but this is entirely another issue and the subject of another story. For more information on dairy cows, see the HSUS Report The Welfare of Cows in the Dairy Industry. 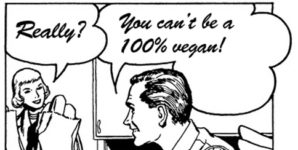 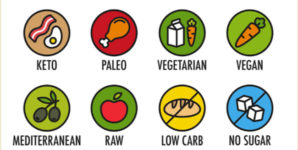 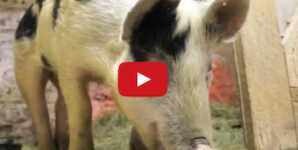