Two years after going vegan, Germany’s Strongest Man, Patrik Baboumian, demonstrated that a plant-based diet had not diminished his phenomenal strength or physical performance. In fall of 2013, Baboumian set a world record for heaviest weight carried a distance of 10 meters, shouldering a yoke weighing more than 1200 pounds (550 kg). Baboumian said, “It’s a bit stupid to do things like that, it really hurts,” but added that he wants to disprove the myth that anyone, including athletes and strength performers, needs animal products to excel.

While there’s lots of impressive footage of Baboumian’s feats of physical fortitude, we were most inspired by this video in which he meditates on a far more important kind of strength. “Strength must build up, not destroy. It should outdo itself, not others who are weaker. Used without responsibility, it causes nothing but harm and death. I can lift the heaviest weights, but I can not take the responsibility off my shoulders. Because the way we use our strength defines our fate. What traces will I leave on my path into the future? Do we really have to kill in order to live? My true strength lies in not seeing weakness as weakness. My strength needs no victims. My strength is my compassion.”

Patrik Baboumian: from vegetarian to vegan

Patrik Baboumian became a vegetarian in 2005 after realizing that eating animals was inconsistent with his values. “One day, I just thought, if you see a bird with a broken leg, you really have the urge to do something about it and help the bird. Then, at the same time, you go to a restaurant and eat a chicken or something. It doesn’t make any sense.”

A few years later, after learning  about the cruelty inherent in all egg and dairy production, Baboumian went vegan, stating: “I just realized that if it’s really compassion that drives you, maybe it’s not enough just to stop eating animals, but you maybe should boycott the whole animal industry, because … it’s not what you as a compassionate being would want. So actually you should go one step further and become vegan.” 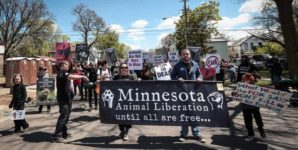 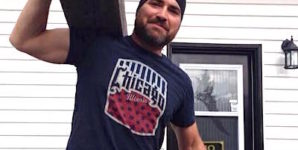 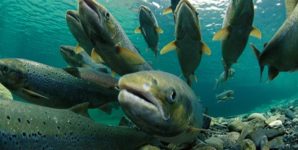