The Paleolithic Era began approximately 2.5 million years ago and ended with the advent of modern agriculture about 10,000 years ago. Food sources of this era included animals and plants that were part of the local environments in which people lived. Animals slaughtered for food were hunted — not confined and/or bred for this purpose. The plants people ate were gathered, and not produced by systematic agricultural practices. Animals weren’t domesticated for food until the Neolithic Period, making it unlikely that the Paleolithic human consumed eggs and milk regularly. Today many modern versions of the Paleo Diet exist. Some include eggs and raw milk, while most advocate eating seafood and grass-fed animals.

An Impossible Standard for Modern Times

It’s impossible to construct an accurate modern-day food triangle representing the diet of Paleolithic humans because we don’t know their ratio of meat to plant consumption. The prehistoric Paleo diet would have varied considerably depending on geographic region (e.g., a tribe living inland did not consume seafood) and weather conditions. There is no recorded history of the Paleolithic Era; most of what we know has been extrapolated from artifacts and fossils by archeologists. On the fossilized teeth of recently excavated 36,000- to 44,000-year-old Neanderthal skeletons, researchers found starch granules from a variety of plant life: wild grasses, roots, tuber foods, dates, barley, and legumes. (Interestingly, the barley had been cooked.) It’s clear that Paleolithic humans gathered and ate a number of different plants, but how much meat they consumed continues to be a topic of debate. 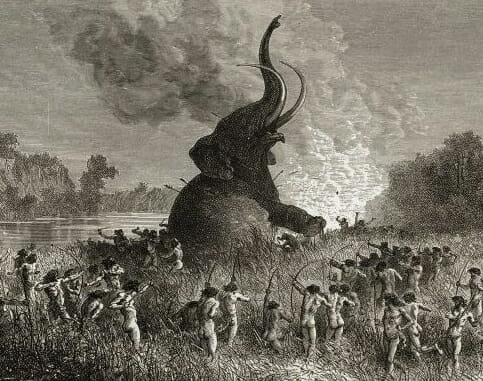 Today’s Paleo Diet promotes eating grass-fed animals, but it’s important to remember that the animals our Paleolithic ancestors ate have been hunted to extinction or have vanished due to climate change. Today’s grass-fed animals are domesticated, and genetic manipulation is the norm. The Paleo Diet also encourages seafood consumption. At present, foodborne illness (food poisoning) linked to seafood is a regular occurrence. Fish, crustaceans and shellfish are the hosts of viruses and bacteria that commonly cause disease in humans. In addition, modern rivers, lakes, and oceans contain the toxic runoff from industrial plants and commercial agriculture, which are then ingested by the marine life we regard as food.

Today’s fish often contain DDTs, dieldrin, dioxin, mercury, methylmercury, and PCBs: man-made chemicals that were never meant for ingestion. Some of these compounds have been banned in the US, but their spontaneous breakdown is incredibly slow. They persist in the environment, even decades after their last use. Plastic waste is non-biodegradable, and our waterways are full of it. Fish commonly mistake smaller bits of plastic for food and eat them. Water samples often contain more plastic than plankton — in some locations, a 10:1 ratio! Furthermore, the Fukushima nuclear catastrophe following the 2011 Japanese tsunami is an ongoing environmental crisis, and radioactive bluefin tuna has now made its way into our food supply.

There seems to be a noble or romantic association with eating a “natural diet” like our Paleolithic ancestors, but it’s important to consider how vastly different the earth is today as compared to prehistoric times. Modern humans are conducting a massive, uncontrolled environmental experiment. We destroy natural habitats to make way for both factory-farmed and grass-fed animals, displacing and wiping out untold numbers of species of plants and animals. This practice of allocating land for farmed animals is not sustainable for the earth’s seven billion inhabitants. In the US alone, 80% of our arable land is dedicated to the nearly 10 billion land animals slaughtered annually for our consumption. There simply aren’t enough resources, given today’s global population, to support the dietary practices of prehistoric times. Furthermore, the chemicals used in modern agribusiness and industrial plants have become pervasive in our food — even in grass-fed animals and especially in seafood. It would be nearly impossible and, at best, highly impractical to have our diet match that of our prehistoric ancestors. The Paleo Diet is rooted in speculation and even fantasy. It is just another fad that encourages people to eat animals while seeking justification through pseudoscience.

We can look behind us or look ahead. We are not cavemen. We drive cars, use computers, purchase our food in supermarkets, and have a far less physically demanding lifestyle as compared to our distant ancestors. We know nothing of the diseases and nutritional deficiencies that affected them, yet we attempt to combat modern-day ailments through their postulated diet. There is an ever-growing mass of scientific data that links preventable disease to the consumption of a diet laden with animal fat and protein. The benefits of a plant-based diet are becoming widely accepted and recognized by health care professionals and dieticians. The more we learn about the abundant benefits of not eating flesh, dairy, and eggs, the less “natural” eating them will seem. We humans are evolving — and our diet should follow suit. 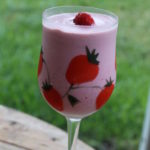 Holly Wilson M.D. is board certified in Emergency Medicine and has been vegan since February 2007. She is an outspoken advocate for the animals and the vegan lifestyle. 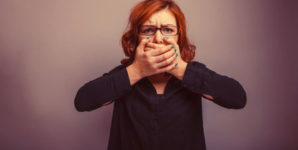