There has been a recent media onslaught of headlines that mostly read something like “Vegans and vegetarians have an increased risk of stroke.” The first to spread this far and wide was the BBC which was covering the findings of a British Medical Journal (BMJ) study that used EPIC-Oxford data from the UK. The fundamental issue here is that many people have taken this single increased stroke finding to be a sign that vegan and vegetarian diets are less healthy. Here are three major reasons that this is not a valid reasoning:

The study found a 22% lower heart disease rate which is very important because heart disease is our global #1 killer and kills over twice as many people as in the UK at 73,000 and 32,000 deaths per year respectively. This means that we would likely see around 10,000 less total deaths in the UK if we applied these numbers to a nationwide switch to meat-free diets. As the lead researcher Tammy Tong has mentioned, “It does seem that the lower risk of coronary heart diseases does exceed the higher risk of if we look at the absolute numbers.” This is a healthier population even with the higher stroke but do vegetarians even have stroke in other studies?

Another very recent 2019 study that didn’t make headlines – probably because it doesn’t make people feel better about eating meat – is a meta-analysis of 7 studies including EPIC-Oxford data and covered four times as many people. It found similar findings for lower heart disease rates in the vegetarian group but failed to find higher stroke rates. In fact, the stroke death rates were 8% lower but the different wasn’t statistically significant. Most importantly, a meta-analysis is more powerful than a single study and because it used some of the same data as the BMJ study it calls their findings into question. Let’s question them.

3. Experts say the truth was lost in statistical noise

Dr. Malcolm Finlay, a cardiologist from Queen Mary University of London has made a persuasive case that the researchers over-adjusted for factors such as high blood pressure in meat eaters which threw the results off. He says “Unfortunately, the claim that vegetarians have a higher risk of strokes isn’t really supported by the data, and on my reading, this is putting too much weight on a complex statistical method to try and correct for the fact that the vegetarians were very much healthier than meat eaters.“ In other words, to compare the groups on diet alone they adjust or crank down stroke risk for the higher smoking rate, higher blood pressure, and other unhealthy metrics of the meat eating group. The problem is that stacking too many of these adjustments can make turn it into a guessing game and it appears that they dialed meat eater stroke risk down too far.

It is also important to note that no statistically significant findings were found for vegans alone which is why they were clumped with vegetarians. This means that nothing truly meaningful can be said about vegans specifically from this study. In the end, whether it was a jab by a co-worker or a passive-aggressive Facebook tag, vegetarians and vegans have been the victim of another wave of misguided concerns about their diet. rebuttals like this will likely not reach the meat lover who will latch onto this stroke notion for years to come. 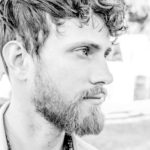 About Mic The Vegan

Mic the Vegan is a vegan science writer that covers a variety of topics from the health effects of a vegan diet and the environmental impact of eating animal products to the sociological phenomenon of casual animal exploitation. Based in the U.S., he regularly tackles debunking the myths that perpetuate harmful dietary and lifestyle behaviors - all with a drop of humor that only he thinks is funny. He is currently studying a Masters in Public Health.

View all posts by Mic The Vegan →
View CommentsHide Comments 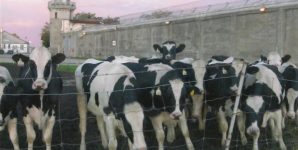 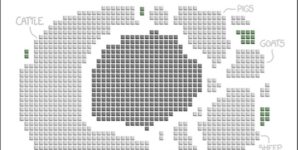