Subscribe
Home > Movie Reviews > Speciesism the Movie: Questioning Our Power Over the Powerless

Speciesism is a term coined by Richard Ryder in 1970. The Merriam-Webster dictionary defines specieism as “prejudice or discrimination based on species; especially discrimination against animals.” Ryder pointed out that all such prejudices are based upon physical differences that are morally irrelevant. He held that the moral principle of Darwinism is that all sentient animals, including humans, should have a similar moral status. If all organisms are on one physical continuum, then we should also be on the same moral continuum. In other words, speciesism defies evolution. So how did our judgment become so clouded?

Speciesism the Movie by director Mark Devries attempts to answer that question and promises to change the way we look at animals, especially the human ones. No release date has yet been set but you can watch the trailer here and sign up to receive updates. The biggest challenge I find is getting people to look beyond our culture’s entrenched, speciesist worldview, if only long enough to look at it critically. What will you find?  Mainly, there is no empirical, scientific or even rational evidence to support speciesism.

Yet even my progressive-minded friends struggle to see beyond it. It is so entrenched in our culture, most of us practice it unconsciously. While we say animals deserve our respect, most of us make decisions that involve institutionalizing animals as commodities, thereby exempting animals from our moral community and our identification of them as beings that have an interest in living a life on their own terms and not on ours. That is speciesism in practice. It justifies our complete domination of animals and the natural world.

Specieism’s impact on animals plays out in our food choices more than any other human activity. When we walk into a restaurant and choose from a menu of animal products, we are not aware for the most part that our choices reflect a deeply held belief in speciesism. In stark contrast is our belief that animals should be respected and have a right to live without being exploited.  There is a huge gap here between our beliefs and between our beliefs and actions.

My hope is that this movie fulfills its promise to get us thinking more critically about this. Films can be such a powerful way to change hearts and minds. And it is critical that we first look at our beliefs if we want to see meaningful progress in our world. As Einstein wrote, “Today’s problems cannot be solved if we still think the way we thought when we created them.”

Get Our Newsletter
Posted In: Movie Reviews 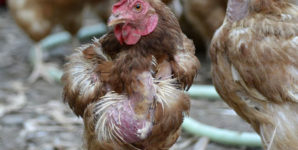 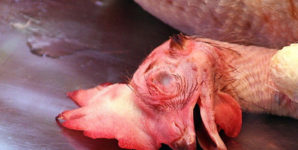 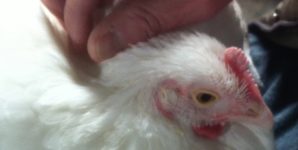