Subscribe
Home > The Chicken Chronicles: Tales from the Coop

Beyond being a food source, what do we really know about the chicken, a bird species that has been evolving since the time of the dinosaurs? The Chicken Chronicles is a series of personal stories from those who have formed deep bonds with these largely misunderstood yet highly-intelligent and socially-complex animals, told with a desire to both entertain and inform.

The more we learn about them, the more the age-old myths that many of us still have about chickens being mean, aggressive, dirty, and mentally-vacuous are proven false. This view has desensitized society into accepting the routine cruelty practiced by the commercial poultry industry, reflected in public policy that exempts chickens from even the most basic federal animal welfare laws, and sanctioned by consumers who unwittingly foot the bill for perhaps the most egregious and systemic form of abuse of any species on this planet today. In the end, close to nine billion chickens are killed each year just in the U.S.

The good news is that a new understanding of chickens and the deep bonds that they are capable of forming with themselves and ourselves is quickly changing people’s hearts and minds. This new understanding is strengthened by scientific discoveries that demonstrate their ability to think and feel far beyond what we had previously understood.

Join us in exploring the fascinating world of chickens, and please let us know if you too have a story you would like to share with us! New editions of the Chicken Chronicles will be added to the menu to the right as they become available. 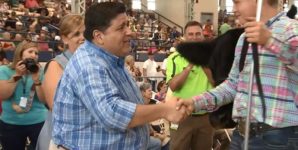 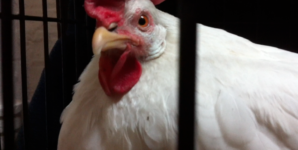