With such a focus on factory farming today, there is little attention on a growing movement in the backyard slaughter farms which operate under the radar and without any regulatory oversight. But some activists are hoping to change that. In Southern Florida in particular, the backyard butchery movement is thriving, and investigator Richard “Kudo” Couto of Animal Recovery Mission (ARM) is a pioneering activist who does a tremendous job exposing these covert operations. His investigations have turned up some of the most horrific cruelty to animals perhaps ever documented in modern times. The photos and video footage obtained from Cuoto’s investigations are indeed harrowing and devastating.

The Animal Legal Defense Fund has brought a suit against two such farms in Florida today. According to ALDF, the lawsuit targets ‘backyard butchers’ on farms where horses, cattle, pigs, goats, sheep, chicken and turkeys are slaughtered, butchered, and sold for public consumption without any governmental oversight. On both farms, animals are routinely dragged, bludgeoned, stabbed, and butchered while still alive. Florida’s humane slaughter laws and cruelty codes prohibit such malicious acts of animal abuse. Although hobbyists and illegal entrepreneurs alike seek to profit from illegally confining, breeding, and slaughtering animals, as ALDF’s investigation shows, the horror animals endure at makeshift farms is unconscionable.

Cuoto’s groundbreaking work and ALDF’s suit is finally compelling us to seriously address the question: Is there really an ethical or humane alternative to factory farming? The images and videos speak for themselves. But perhaps not all of them are like this? Perhaps. But even under the best of circumstances where animals are raised under allegedly “humane” conditions, the reality for animals is that all of their basic interests are denied them by humans who exploit them and kill them to satisfy our trivial pleasures, namely palate pleasure. There’s no way to raise animals for food without denying them ALL of the interests that are important to them. If you were raised under such conditions, would you consider your short life on this planet to have been a humane one? 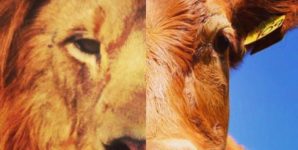 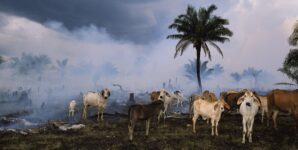