Subscribe
Home > Videos > Animal Rescue Stories > Video: Little Princess the Calf’s Story Brings Out the Vegan in Us All

Of all the compelling reasons to be vegan, nothing could be more motivating than the story of Little Princess, a terribly sick dairy calf who no one wanted to buy at auction until Animal Place Sanctuary stepped in and purchased her for $5. Sanctuary staff rushed her to UC Davis School of Veterinary Medicine, where veterinarians found that Little Princess had pneumonia, a condition that had gone untreated for at least three months — perhaps as long as five months. With 80% of her lungs full of pus, she was too far gone to save. Her new friends cradled Little Princess in their arms as she was euthanized.

Every day, dairy farmers dump unwanted calves like Little Princess at auctions, where the males are often sold for veal and the females as replacements for another dairy’s used-up, slaughtered cows. Once their milk production declines in a few short years, these females will also be slaughtered and replaced, in a continuous cycle of exploitation. One-week-old “drop” calves who aren’t fit for either veal or dairy generally fetch from $5 to $20.

All this suffering just so members of another species can drink a glass of cow’s milk.

Learn more at our Dairy Factsheet.

Get Our Newsletter
Posted In: Animal Rescue Stories
Tagged With: Dairy 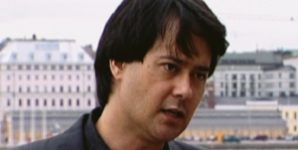 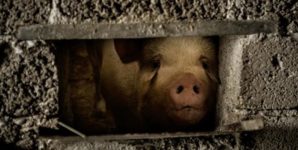