There’s no doubt that 4 time NBA Champion John Salley was a superstar ball player, but what I love most about this guy is what a giant he is for animals. Though Salley originally went vegetarian out of health concerns years ago, he is now a committed vegan and outspoken animal rights activist. “Why don’t you care about a chicken the same way you care about that little dog, or that cat?,” he says. “It doesn’t make any sense. You’re either hot or cold. You can’t be lukewarm.” Asked in a recent interview: “If you were still playing basketball full time, would you be able to maintain a vegan lifestyle and still play to your greatest potential?” Salley replied, “If I had a vegan lifestyle when I was playing, I would still be playing.”

I love this Thanksgiving video he did a few years ago. In the middle of joking around in his typical buoyant fashion, he pauses to say something very simple and wise and true: “If everyone knew how important it was to celebrate life, they would be a vegan.” He then goes on to add, “When you know better, you do better. And if you don’t, then that’s ignorance.”

To learn more about great vegan athletes, check out our most popular post to date: Vegan Bodybuilder Displays Superhuman Strength in Must See Video.

Get Our Newsletter
Posted In: Educational / Inspiring Talks, Videos 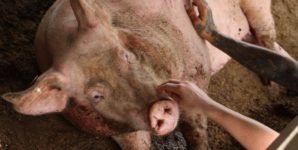 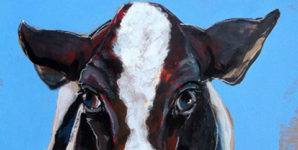