There is no doubt that the recent deal brokered by The Humane Society of the United States (HSUS) and The United Egg Producers (UEP) is historic and unprecedented. It is a sign of the times, a sign that the egg industry is responding to mounting pressures calling for greater welfare for the nearly 300 million egg laying hens in their care that many argue have the most deplorable conditions of any animal species used in animal agriculture today. It is the substance of the deal that critics are calling into question. Is this a case of “humane-washing” by the egg industry looking to save face but offering little to improve the welfare of hens?

As consumers, we have every reason to be skeptical. Humane-washing, like its step-father, green-washing, is widespread in the marketing claims of products ranging from food to household cleaners and building materials. Up to now, the Federal Commerce Commission has taken steps to regulate environmental claims but has yet to tackle the nebulous world of humane farming claims. In the case of eggs, the industry has misled and confused its customers by introducing a number of erroneous claims that have little or no meaning in terms of animal care standards that consumers can understand. These include free range and cage-free. They may sound good but often mean little or nothing for the animal. And government regulators have been little more than passive bystanders, sanctioning this confusion.

The new deal for hens is a kind of partnership between the egg industry and the animal protection movement. Its advocates claim that the biggest part of this deal is the much touted move from battery cages to “enriched colony” cages. First of all, these are euphemistic terms that the industry’s marketing agency no doubt coined to appeal to consumers. Such terms put a positive spin on a form of caged confinement that is in reality completely foreign, unnatural and severely detrimental to the hen’s physiological and psychological well being. Secondly, many experts are concerned that the weaker hens in these colony cages will be victimized, unable to compete for food, water and nesting time (if even available). The extremely stressful conditions imposed by the colony cage may actually increase fighting among them, again, with the weaker ones being most victimized.

Furthermore, the enriched colony cages fall short of providing anything remotely “humane” or normal for hens for the following key reasons:

While some may point out that other measures in this deal provide significant improvements in the hen’s welfare, the colony cage environment fails to improve the welfare of hens, if in fact welfare is defined by the ability of hens to exhibit a greater degree of their natural behavior. 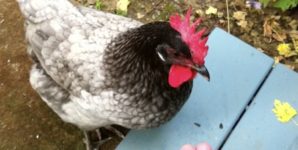 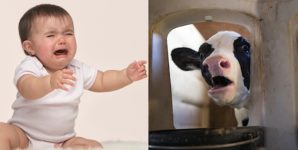