A new bill proposed in both the Iowa and Florida state legislatures would make it a crime to take a photo of a farm without the owner’s permission. But what does the animal agriculture industry have to hide and how did it convince key state officials to campaign for a law which would violate a citizen’s first amendment rights? That’s what Drake University law professors Jerry L. Anderson and Jonathan Rosenbloom try to answer in this editorial piece that they were kind enough to share with us on Free from Harm.

In 2008, an undercover video exposed cruel slaughtering methods at a meat processing plant in Postville. Last year, Humane Society videos revealed disturbing images of chickens in factory farm operations, including some in Iowa. The videos provided a rare glimpse behind the curtain of modern agriculture.

One reasonable response to these videos would be to adopt humane treatment standards for agricultural animals. Some states have banned confinement crates for veal calves and pregnant sows. Other states have acted to regulate restrictive poultry cages. In Iowa, however, the Legislature proposes instead to ban the videos. Senate and House bills have been approved for debate that would penalize anyone producing, possessing or distributing a recording of a livestock operation without permission. Someone shooting a video of animal abuse could be held criminally liable and also could have to pay three times the damages incurred by the livestock owner. The bill is clearly intended to completely chill depictions of livestock abuse.

So, rather than address the issue of humane treatment of animals, our Legislature wants to kill the messenger.

By controlling how ag operations are depicted, corporate agriculture can perpetuate the myth of the family farm, which, sadly, is virtually extinct. According to USDA statistics, most hogs in this country are now raised in confinement operations of more than 50,000 head. Ninety-five percent of our eggs are produced by caged hens, in operations owned by just 235 American “farmers.” These operations often house over a million birds, which spend their entire lives stuffed into cages in large, windowless warehouses.

Producers do not want people to know what these facilities look like, because the reality is upsetting. Industry guidelines suggest that each caged hen be given at least 67 square inches of space, which is 25 percent less than a standard piece of copy paper. Multiple birds are stuffed into cages, with no room to turn around or stretch their wings. The guidelines say the birds’ beaks may be trimmed because the caged birds show the stress of their confinement by pecking each other.

There are few, if any, legal protections for these animals. Federal livestock regulations focus solely on human health concerns rather than animal welfare, and in any case are not well-enforced. Access to large confinement operations is tightly controlled and many use migrant labor. As a result, the public has little idea what goes on behind the scenes.

We have the right to know

These videos provide one of the only ways to get information to the public about the reality of corporate agriculture. Yet our lawmakers do not seem concerned about the public’s right to know where our food is coming from or how it’s being produced. Nor do they seem concerned about the First Amendment, which the Supreme Court emphatically held, just last year, prevents the government from banning video depictions just because it doesn’t like the message.

Exactly who would the video ban protect? Not true family farmers, who have nothing to hide. Not consumers, who have a right to be informed about how their food is produced. And certainly not the animals. 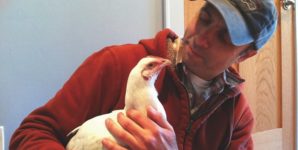 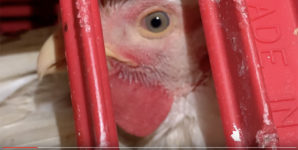