The Gentleman’s Sport from Kelly Guerin on Vimeo.

This video consists of footage taken Saturday, November 29th at Club Gallistico De Puerto Rico, the most popular public cockfighting arena on the island. I along with my partner Alejandro Gomez-Meade and producer Rebeca Garcia Morales obtained permission from the arena managers to film for this one day.

That day, just like any other, there were 50 fights each lasting between 2 and 15 minutes. Some attacked right away with a ferocity that ended a life quickly, evoking a thunderous eruption of cheers from the stands. Others lingered painfully; some panicked roosters sensing the end was near attempted to run away and flap out of the carpeted arena away from their opponent only to be thrown back in and finished off. Occasionally, the clear box would lift and, to the disappointment of the spectators, the roosters would merely look at each other, confused, and curiously look at the new world around them. Variation aside, the fights largely ended in two birds, near-death, whisked away into the basement. If their owner was willing to spend $5, they would receive medicine, stitches, and a dark box to begin recovering. If not, there was another place in the room designated for the roosters deemed worthless to save.

This particular arena is famous in Puerto Rico and listed as a top tourist attraction in every guide book. A few uncertain tourists dotted the stadium packed with regulars screaming their bets into the arena. Exposed women navigated the stands in high heels with trays heavy with alcohol and fried food. I caught one tourist woman with her enthusiastic husband scrunch her nose and shake her head disgustedly just before biting into a breaded chicken wing.

Anyone can go into an unfamiliar place, see something to which they are not accustomed to seeing, and judge it harshly. We who have never directly taken part in cockfighting, bull fighting, dog fighting, and so on are quick to call it disgusting and cruel. These atrocities are always done by barbaric people somewhere else, not by nice people like us.

But what really is the difference between these bloodshed sports and the system which gave this woman her breaded chicken wing? Both involve innocent animals entrapped in a world of confinement, pain, and certain death for the sake of a moment’s enjoyment. The hundred dollar bills that we find so despicable counted at the end of every fight is nothing compared to the billions made every year off the systems that turn animals into food. It seems the only real difference is that one is given a grand arena and called a sport. The other is hidden far from view and called a necessity.

When we see images such as those in this video, we must remember just how easy it is to be disgusted as a spectator but even easier to be ignorant as a consumer. 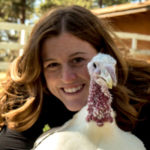 Kelly Guerin is a documentary filmmaker based in Denver, Colorado. She received Latin honors degrees from the University of Colorado for her research on cultural rejections of the vegan diet. Kelly works independently and alongside non-profits to create short films documenting humanity's relationship with animals systematically used for food, clothing, and entertainment. 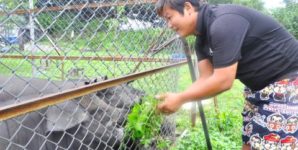 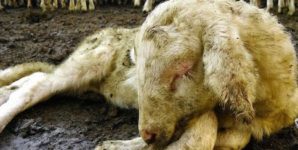 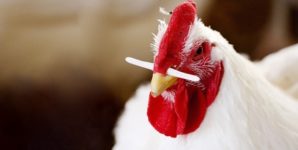