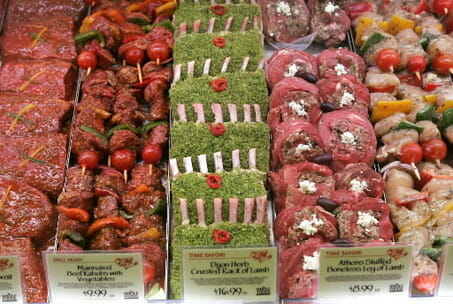 I write with a simple, if revolutionary, idea: close all your meat counters. Every single one. Forget (for the moment) dairy and eggs and all the animal-based products dependent on systematic suffering that you believe are integral to a robust stock price. We can deal with these items later. For now, as a step toward a better future, just shut down the meat markets. Forever.

I’m not blowing smoke here. I know you get your share of heat. But, as I see it, you have fundamentally changed the way an influential cohort of American consumers thinks about food. You have convinced many of us that quality produce is essential to a quality life; you have made shopping for food an aesthetically pleasant experience; you have (to an extent) supported agricultural systems that are more just and equitable than the conventional agribusiness glutting the market with junk food; you have taught us about nutrient density and cajoled us to buy the right kinds of foods. You have sent us messages. We have responded.

In all of these matters, you have been way ahead of the curve. And not only have you profited immensely from that vision, you’ve improved the quality of life for untold numbers of people. You’ve probably even saved lives. As somebody who once shopped regularly at your original store (the one that was the size of a convenience store and staffed by an army of ink addicts), I commend you for all these accomplishments. I’m unabashedly proud that you are headquartered in my town of Austin.

But your meat counter stinks. It stands as a dark symbol of suffering amid these accomplishments. It taints everything you’ve accomplished. The more we learn about what must happen for even the most “humane” meat to come to your counters, it becomes harder and harder for you to uphold your reputation as a forward-thinking organization. Why not highlight the radicalism of your vision by recusing yourself from an industry that is defined by obscurity, animal exploitation, and the perpetuation of unhealthy food? These qualities, after all, stand in stark contrast to the organizational values that you espouse. Why hang onto the myth of humane meat when it’s so obviously false? At some point, our faith in this myth will wear thin, as will our high opinion of you.

What you are attempting to do now with your GAP rating system is, as I’ve argued elsewhere, an ineffective way to distinguish yourself. It’s an deceptive evasion of what needs to be done. It’s disingenuous, a sad capitulation to the kind of corporate double-speak I’ve always considered you above. There’s nothing unique about semi-bogus labels conveying messages of virtue regarding animals that were slaughtered to feed us unhealthy food we don’t need. Such commonality is not what you’re about. It’s not what you stand for. We are so used to seeing corporations sell out to mindless conventions. Give us faith in a genuine alternative.

Eliminate meat counters—and do so in a way that stresses the benefits for animals–and you will be doing something not only original, but earth shattering in what it would symbolize. Naturally, you think this decision would eat into the bottom line. The almighty bottom line. But give your patrons some credit, keeping in mind that your consumers might just love animals as much as they do eating meat, and that your brave act could motivate them to contemplate this essential connection. Don’t underestimate our loyalty to the Whole Foods experience. Encourage us to buy more wine. Chocolate. Beans. Anything plant-based. Try us.

You are more poised to make this heroic leap than any other retail food store chain on the planet. You’ve already eliminated lobsters from the Whole Foods menu for (so you say) humanitarian reasons. Your CEO, whom I consider a friend and a genuine visionary, is a vegan with strong interests in animal welfare. Your consumers are disproportionately vegetarian and vegan. They and others enter your store deeply concerned about the fate of animals in our agricultural system. The world is more ready for this change than you may be aware.

So make it happen. I’m ready to help in any way. 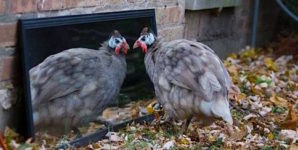 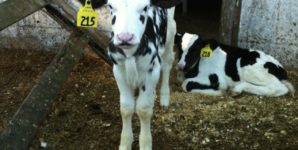 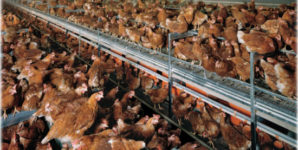