In late April of 2011, on his “humane, pasture-raised-and-grass-fed” farm’s blog, pig and sheep farmer Bob Comis posted a sobering one-sentence personal reflection, entitled, “It Might Be Wrong to Eat Meat”:

“This morning, as I look out the window at a pasture quickly growing full of frolicking lambs, I am feeling very much that it might be wrong to eat meat, and that I might indeed be a very bad person for killing animals for a living.”

Fifteen months later, he posted an equally anguished but more substantial entry under the header, “The Grapple of Ethics”:

“When I think about the debate surrounding the ethics of eating meat, I often wonder why it is so difficult for meat eaters to admit that killing animals (to eat their flesh) is unethical? Truly, I cannot think of one sound ethical argument in favor of slaughtering animals for their meat.

The simplest way to put it is that slaughtering animals for their meat is a socially permissible ethical transgression. Societal permission does not make it ethical, it just makes it acceptable. Slavery was for centuries socially permissible (in spite of the fact that there was always a minority standing firmly against it). Did that make it any less unethical? I doubt anyone today would say yes.

As a pig farmer, I live an unethical life, shrouded in the justificatory trappings of social acceptance. There is more, even, than simple acceptance. There is actually celebration of the way I raise the pigs. Because I give the pigs lives that are as close to natural as is possible in an unnatural system, I am honorable, I am just, I am humane, while all the while behind the shroud, I am a slaveholder and a murderer. Looking head on, you can’t see it. Humanely raising and slaughtering pigs seems perfectly normal. In order to see the truth, you have to look askance, just like a pig does when it knows you are up to no good. When you see out of the corner of your eye, in the blurry periphery of your vision, you see that meat is indeed murder.

…What I do is wrong, in spite of its acceptance by nearly 95% of the American population. I know it in my bones, even if I cannot yet act on it. Someday it must stop. Somehow we need to become the sort of beings who can see what we are doing when we look head on, the sort of beings who don’t weave dark, damning shrouds to sustain, with acceptance and celebration, the grossly unethical. Deeper, much deeper, we have an obligation to eat otherwise.”

Comis did act on these convictions; he became vegan and converted his farm to a veganic vegetable farm, and now publishes widely on the question of eating animals. A documentary film about his transition, The Last Pig, was just released by renowned filmmaker Allison Argo. You can read Comis’s critique of so-called humane slaughter here. 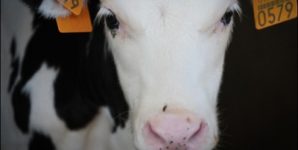 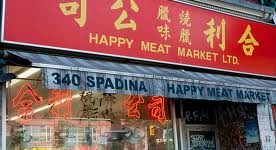 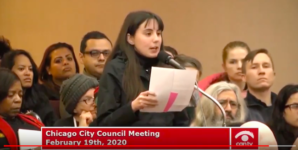