By allowing his chickens to live 5 weeks longer than those raised on factory farms and by allowing them a few hours a day to forage on a pasture, the farmer interviewed in this video claims that he raises “happy chickens.” He is practically deified by enthusiastic YouTube followers who are naively seduced into believing that chickens are simple-minded animals who can actually live fulfilling lives if only we allow them to be raised on a bucolic-looking family farm by a nice-looking, smiley-faced farmer. But the sanitized slice of reality presented here could not be more staged and shallow.

Contrary to popular belief, studies since 1995 confirm that the avian brain is a complex organ comparable to that of mammals. An article in Science Daily called, Bird Brain? Birds and Humans Have Similar Brain Wiring, concludes that birds possess complex social reasoning’ and problem solving among many other previously unrecognized cognitive abilities. A researcher explains that “Birds have been evolving separately from mammals for around 300 million years,” yet they are “remarkably intelligent in a similar way to mammals such as humans and monkeys.” (1)

The farmer gently and affectionately holds one of his beautiful, weeks-old chickens, as he reassures us that “they have a great life.” What the video does not show us is how he betrays the trust he has gained from these  individuals by ending their lives violently and while still in their infancy.

He does not show how they will have their necks, full of a multitude of sensitive pain receptors, slashed with a knife and how their bodies will thrash in the cone in agony for up to 8 minutes while they are being bled, until they finally lose consciousness. He does not show how they will be tossed in a scalding tank and then a de-feathering machine where their pitiful corpses will be spun around as large, iron “claws” tear all of their feathers from their body.

He does not show where his “breeding stock” comes from, the same laboratories and breeding factories where genetically-engineered birds are artificially/selectively bred and sold to factory farms and where the most cruel practices ever developed in animal agriculture take place to billions of birds on a daily basis. He does not explain the abhorrent health issues inherent in the genetic manipulation of their bodies which forces them to grow to adult-size in a mere 42 days, while still in their infancy.

He excludes all of the above dire truths that are undeniably integrated into his business model of raising happy “meat” chickens because telling the whole truth would sabotage his happy meat message. The whole truth would terrify almost any potential happy meat consumer who so desperately wants to believe in the fantasy world he props up just for them. The reality he shows is as filtered as the awareness his followers base their food choices on.

Animals like chickens, who represent 99% of animals killed for food today, rely on us to be natural truth-seekers, mature enough to seek the whole truth beyond the fantasy that is fed to us by the meat industry.

In response to this article, one Facebook user asked, “Isn’t this a step forward to more humane treatment?,” to which I replied, “No, it’s actually a step backward in time.” A step forward would be to 1. recognize that these birds are sophisticated animals whose brains have evolved over the course of millions of years from the experience of living in a rich tropical forest habitat and, 2. that we can finally admit that we have absolutely no biological need to eat them, which then means we admit that artificially breeding more birds into this world only to be slaughtered as babies is a morally bankrupt practice of past generations that regarded animals as having zero moral worth.

Get Our Newsletter
Posted In: Animal Products and Culture
Tagged With: Humane Farming, Robert Grillo Articles 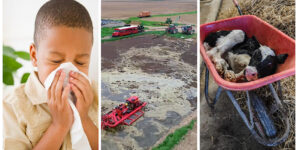 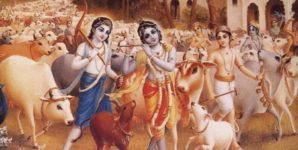 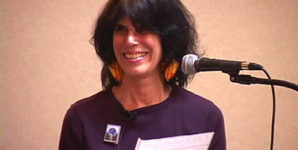